Police are investigating the murder of a 53-year-old man, with an alcohol addiction, who was beaten to death in a "tented village" in Cork city center. 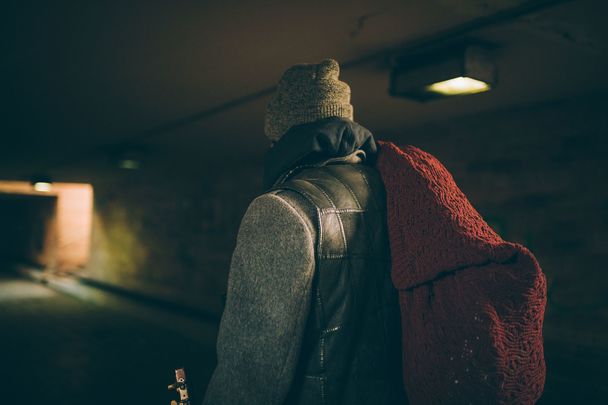 Timmy Hourihane (53) was beaten to death in a "tented village" in Cork's city center. Getty

Police are investigating the murder of a 53-year-old man, with an alcohol addiction, who was beaten to death in a "tented village" in Cork city center.

A 53-year-old homeless man who was beaten to death in Cork city was formerly a top chef to the stars but had battled alcoholism after his partner's death.

Timothy (Timmy) Hourihane, originally from Bantry, in West Cork, was murdered in a "tented village" in Cork city. His body was discovered by the Cork Fire Brigade on Oct 13 after other homeless people raised the alarm. He was found close to his tent near University College Cork, unconscious with serious injuries to his head and body.

He was rushed to Cork University Hospital where he died from his injuries.

The police are investigating his murder. Garda Superintendent Michael Comyns confirmed a murder inquiry is underway and appealed for public help.

Family of homeless chef beaten to death in Cork plead for anyone with information to come forward https://t.co/dmgy6CJaHS pic.twitter.com/y0Sk2LOPFB

"We are appealing to those who were in Mardyke Walk area between last night and 1am on Sunday morning who may have witnessed any activity in the area to come forward," he said.

"We are also appealing to motorists who may have passed through Mardyke Walk around these times to make dash-cam footage available to us.

Speaking to a local paper the Echo Live, a close friend and neighbor of Hourihane's Kellie Lynch (23) said they had both been threatened by a man the day before his murder.

She said "I went white after he threatened me... That same person tried to kick me. We were called awful names, some of which I can't mention. It was the scariest thing I have ever encountered."

On Sunday, the Irish Independent spoke to Christina Chalmers of the Helping Cork's Homeless charity who paid tribute to Hourihane.

She said Hourihane "was the warmest, kindest man. He never caused anyone any hassle. He was so kind to other homeless people. He was great fun. One year he ran in the mini-marathon for charity dressed up as a woman. That was Timmy."

Chalmers explained that Hourihane had been a talented chef whose troubles began just ten years ago when his partner died. He battled with alcoholism.

She told the Independent "Timmy nursed his partner Michael, who had cancer... When he died that is when the addiction kicked in. Timmy was a top chef in England.

"He served Elton John and Lionel Richie. He loved his food. We would go to the Market Lane restaurant with him sometimes and he knew his food and dressed well for going there.

"I want him to be remembered for who he was. He watched out for vulnerable homeless people. My family all loved him. We are devastated," Chalmers said.

On the hardship of homelessness

In 2017, Hourihane had spoken to the Irish Times at Christmas. He said that Christmas had been the best he'd had in years.

“I stayed off alcohol for a year and a quarter and I was proud of that. At least I am trying. I was on the Simon floor last evening, but we were out at seven this morning.

"I went to Mass this morning at the church down the road at half eight. I went to the Polish Mass last night. There was a beautiful woman who prayed for me. It was fantastic.

“This is relaxing and I feel safe. This is my happiest day for a long time. Because I went to the church. Because I came here. People are lovely.”

Hourihan also told the paper how difficult it was for him to find accommodation and said he had been going around in "circles forever". He also spoke out about the homelessness crisis in Ireland, with 10,338 people in the country without homes, according to Focus Ireland's latest figures.

He spoke specifically about his friend Kathleen O'Sullivan (43) who died on the streets of Cork in December 2017 and the risks and hardship of living on the streets.

"Homelessness is out of control. I knew Kathleen O’Sullivan, the woman who died (on the streets of Cork) earlier this month. She had a good heart for me.

“When you sleep on the streets you are lucky to wake up with your trainers still on. It has happened to me where I have woken up with one trainer missing. You have to laugh, cos you think 'Why didn’t they take the two?'"

Caitriona Twomey, who runs Penny Dinners, where Hourihane had dinned that Christmas called on the government to act now.

He said "It is always a tragedy when anyone dies but these are such sad and brutal circumstances...

"I want to assure the man’s family and his friends, and all who knew him, that our thoughts and prayers are with them at this very sad time. May Our Lady of Lourdes reach out with healing and peace to all. ”

Should the Irish government be doing more to help the 10,338 homeless people in Ireland? Let us know your thoughts in the comment section below.