He uncovered Bloody Sunday, the Thalidomide scandal and a KGB spy at the heart of Britain’s Secret Service. 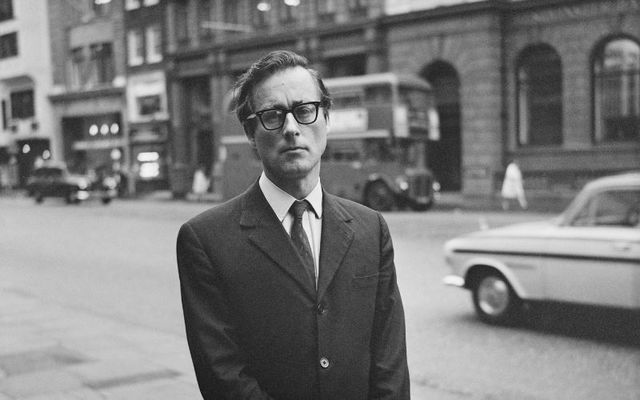 Only one journalist stood up to the British government after the Bloody Sunday massacre in Derry on January 30, 1972, and challenged their version. His name was Harold Evans, then editor of the London-based Sunday Times, and he died at age 92 on Wednesday.

He was, in my opinion, the greatest journalist of his time.

Married to former New Yorker editor Tina Brown, he was working until his final days as Editor at Large for Reuters.

“Harry Evans was an inspiration, not only as a great journalist but as a great man. He had an insatiable intellect, extraordinary tenacity, high principle, and a generous heart,” Stephen J. Adler, Reuters editor-in-chief, said.

He was the son of a train driver from the North of England. His mother was a waitress. He had no right to break into the rarefied world of newspapers like the Times of London where Oxford and Cambridge resumes were a prerequisite, but Evans succeeded.

His talent was unmistakable. Starting with newspapers in the North of England, he broke several major stories on local factories and a connection to cancer through chemical pollution.

His rise in London was meteoric too. When he became the editor of the Sunday Times, he created a crack investigative unit called the Insight team.

He became a legend. He exposed the Thalidomide drug scandal which left thousands of young babies born with stunted arms and legs. He revealed that Kim Philby, the very embodiment of the British aristocracy had indeed fled to Moscow and was a Russian spy. He was the first to realize that Maggie Thatcher’s real intentions were to destroy unions not work with them as British Prime Minister and when he wrote about it, Rupert Murdoch fired him.

But he will always be remembered by the Irish for getting to the truth of Bloody Sunday.

The British Government appointed the ultimate establishment figure Lord John Widgery, the Crown’s Chief Justice, to investigate a seminal event of The Troubles; how 13 unarmed marchers in Derry were shot dead by the Parachute Regiment on January 30, 1972, at a civil rights demonstration.

Widgery, as widely expected, published a whitewashed version, a complete vindication of the First Parachute Regiment who he claimed were fired on by the IRA and merely returned fire.

The establishment breathed a sigh of relief, but they reckoned without Evans who had sent his crack investigative unit to examine the allegations at the same time as Widgery was conducting his whitewash.

They interviewed 250 witnesses and concluded: “The operation was authorized by British Ministers in knowledge of the risks of civilian casualties. Militarily, it went wrong in plan and operation, soldiers fired on innocent civilians.”

The Insight team teased out how local security forces preferred to let the marchers go unhindered but higher-ups, most notably Brigadier Frank Kitson,
had already summoned the commander of the notorious First Battalion - the Parachute Regiment's Lieutenant Colonel Derek Wilford – and told him to prepare for an arrest operation.

“As the later Saville Inquiry revealed the operation was carefully considered “for a fortnight or more before” – i.e. it was no last-minute change to the plan.

The Sunday Times Insight team revealed that, at noon, in his office at Victoria Barracks, the RUC commander in the station who opposed the arrest operation got a  communication it was going ahead.

Evans and his team even uncovered the actual message order which reads:

“1 PARA. (I) Maintain a Brigade Arrest Force to conduct a scoop-up operation of as many hooligans and rioters as possible.”

Evans wrote that the paratroopers were armed for a full-scale battle rather than an arrest operation. It was their disproportionate firepower that made the massacre happen.

Evans went on to a very successful career in America with Random House and The Atlantic. He married Tina Brown and they were one of the best known literary couples in America.

Evans earned his fearless reputation and his bravery in being first to tell the real story of Bloody Sunday was immeasurable.  He was the best kind of Englishman, dogged, determined to get to the truth and he just kept digging.

In these days of fake news, he will be sadly missed.