The intervention brings the phrase “Guinness is good for you” to a whole new level. 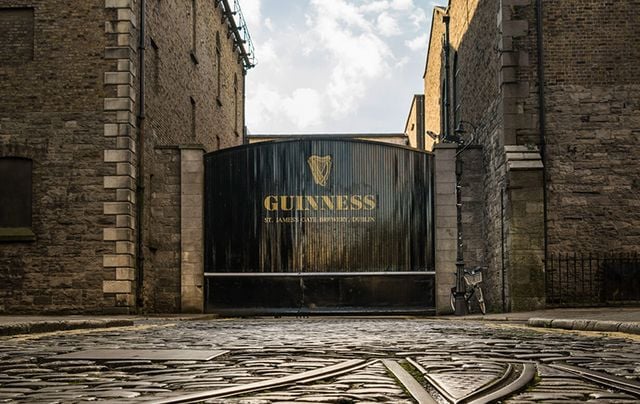 A truck that usually transports 23,000 gallons of Guinness to pubs across Ireland instead took to delivering water to thirsty villagers after their water supply was cut off.

Residents of Clogherhead and Termonfeckin in Co Louth were left unable to wash their hands, flush the toilet or make a cup of tea after a pipe burst.

"People are very glad to get it,” driver Willie Molloy told the Irish Independent. “I must have heard 90pc of people telling me 'you never miss the water 'til the well runs dry.' Some of the people are starting to get some water back in their taps but they're still afraid to use it.”

After Molloy arrived villagers began to queue up with bottles and other plastic containers to take home with them.

"It's great that the trucks are helping out,” dog walker Seán Clinton said as his dog Bertie lapped some up.

“I heard the sound of water going into our tank in the attic this morning. It was a very welcome sound. I've been looking forward to having a shower."

Other haven’t been so lucky. Mother of three Josephine Mulholland says she’s still out of luck.

"There is no sign of water in our taps yet – nothing, zero."

Ricki Griffiths works at the local pharmacy and says she can get water at work but not at home.

"It's really bad not having water in the pharmacy but we're doing our best. The customers are getting fed up with having no water at home," she said.

"At least I'm getting a good workout carrying 15 liters of water at a time."

There was little praise, however, for the quango in charge of maintaining the local water supply.

“This would not happen in Dublin or any other city and it shouldn’t happen here,” local man Anthony Moore told TheJournal.ie.

“Irish Water’s cack-handed communications have made matters worse for all of us affected by this,” he added.