Graham Dwyer is arguing that mobile phone evidence gathered during an investigation into the murder of Elaine O'Hara was in breach of his EU privacy rights. 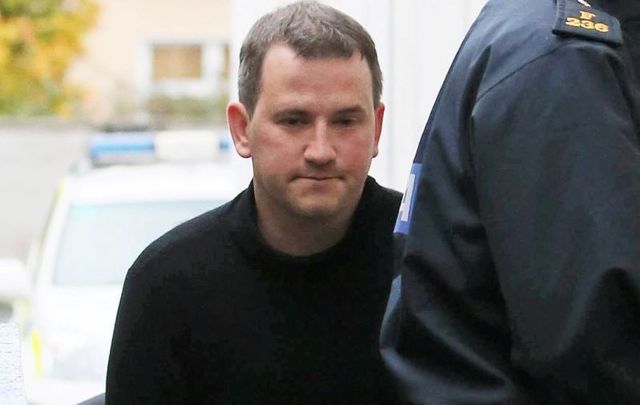 Graham Dwyer leaves Dun Laoghaire Courthouse in October 2013 after being charged with the murder of Elaine O'Hara. Rolling News

Graham Dwyer, who was convicted of the murder of Irish woman Elaine O'Hara, could move a step closer to freedom if the European Court of Justice rules that crucial evidence was gathered in contravention of his data privacy rights.

The jury found that the 48-year-old architect had stabbed O'Hara to death for his own sexual gratification after he had exploited her wish to be loved through a series of disturbing text messages. Dwyer repeatedly told O'Hara of his urge to rape, stab, and kill women, and once asked her to assist him in doing so.

"Help me rape and stab a young girl... It will be all worth it when I kill you."

After discovering a number of cell phones close to O'Hara's body in September 2013, investigating officers compared the metadata on the phones with Dwyer's registered phone. The data showed Dwyer was close to the place of O'Hara's murder in Kilakee Mountain, Rathfarnham, evidence that proved crucial in securing a conviction against Dwyer in 2015.

However, in 2018, Dwyer successfully sued the Irish State in the High Court, arguing that allowing indiscriminate data retention without adequate safeguards was in breach of the EU Charter of Fundamental Rights, especially his right to privacy.

The Irish State appealed the decision in the Supreme Court, which upheld the decision but stated that the ruling should not be applied retrospectively, meaning that Dwyer's conviction would not be overturned.

However, the Supreme Court also decided to refer the case to the European Court of Justice (ECJ), the hearing for which began this week on Monday, September 13,

Remy Farrell SC, who represents Dwyer, told the 13 ECJ judges that the indiscriminate retention of mobile phone data should not be permissible as evidence.

He said that Irish law meant that the only scrutiny governing garda access to phone data was provided by An Garda Síochána themselves, providing only the "most minimal protection possible" for Irish citizens.

He told the court that mobile phones were essentially used as "personal tracking devices" against his client.

"In short, the purpose of the domestic proceedings is to establish that some of the evidence used in this trial was obtained in breach of his charter rights," Farrell told the ECJ.

Farrell said that Dwyer had almost no protection and that his movements could be revealed at "the press of a button".

On the other hand, Ireland's Attorney General Paul Gallagher told the court that the analysis of phone data played a critical role in fighting serious crime.

He said that Dwyer was a family man who lived above suspicion and had done everything in his power to avoid detection, including the disposal of unregistered mobile phones.

He added that mobile phones were often used to perpetrate crimes against women, children, and vulnerable members of the community and argued that curtailing law enforcement's ability to use phone data in investigations would compromise the rights of victims, including the right to life.

Gallagher, who addressed the court via webcam, said that the metadata used in the investigation helped officers in a "very troubling case" that generated significant public attention.

"This metadata played a key role in identifying him and in establishing his guilt beyond a reasonable doubt," Gallagher told the court.

He said that a ruling in favor of Dwyer would place serious criminals beyond the reach of the Irish State.

The ECJ hearing is expected to last one day and the court's advocate-general is expected to provide a non-binding and independent opinion within the next two months to help judges reach a conclusion on the issue.

The ECJ's judgment will clarify Irish privacy laws, but it will remain up to the Irish courts to determine whether crucial evidence used to convict Dwyer should be considered inadmissible and whether that should have any implications on his conviction.

Lawyers representing Dwyer hope that the ruling will be applied retrospectively rather than for future cases, meaning that he would have a chance of overturning the 2015 conviction.

Dwyer's case appeared in the ECJ alongside a case referred by the German courts involving internet service provider SpaceNet AG.

The company has argued that it cannot be obliged to store the telecommunications traffic data of its customers due to EU privacy laws. The highly sensitive case has attracted the interest of EU member states and privacy advocates alike, with 14 member states, including Ireland, making submissions in writing regarding the case.