George Nkencho was shot dead by members of the Garda Armed Support Unit on December 30. He was allegedly brandishing a knife at the officers. 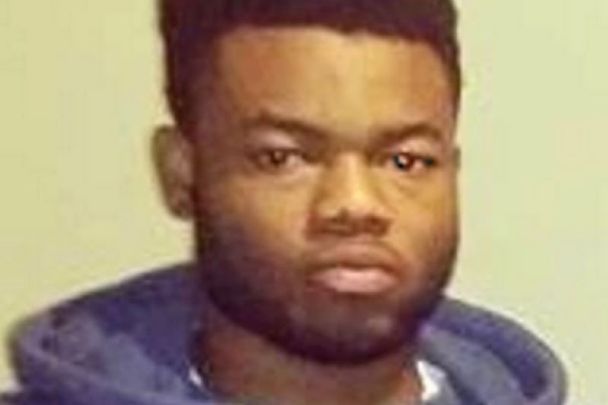 George Nkencho died on December 30 after allegedly brandishing a knife at gardaí. RollingNews.ie

The family of George Nkencho, a man shot dead by armed gardaí in December, held a memorial for the deceased 27-year-old near his Dublin home on Sunday.

Family and friends gathered in west Dublin to remember Nkencho on January 10 and there were emotional scenes as mourners released balloons into the air in the colors of Manchester United, Nkencho's favorite soccer team.

A minute's silence was also held for Nkencho, while family and friends gave speeches and read his name out 21 times.

George's sister Gloria Nkencho urged people to treat life as a gift in the wake of her brother's death.

"The one thing that I’ve realized in all of this is life is a gift," Gloria Nkencho told the crowd. "Every day we stand here it’s a gift. It is a gift to be breathing. If you are still breathing, no matter what problems you’re facing, what challenges are coming, you can survive it.

The family thanked those who turned out on Sunday.

"Words cannot begin to describe the appreciation that my family have for each and every single one. Not all of you knew George, but some of you did," Gloria Nkencho said.

Meanwhile, George's brother Emmanuel told the crowd that it was hard to see his brother "go like that".

He said that he regretted how his brother died and believes the incident could have ended differently if family members had been able to talk to George.

"I wish that day had played out a different scenario than what I witnessed. I personally think there's many other ways that the scenario could have played out, I wish it did," Emmanuel Nkencho said during Sunday's memorial.

George Nkencho was shot dead outside his home in Clonee by members of the Garda Armed Support Unit on December 30. He was allegedly brandishing a knife and threatening gardaí before he was shot and his brother has previously said that he was dealing with a mental episode.

The Garda Siochana Ombudsman Commission has launched an investigation into the shooting.

On Sunday, The Irish Times reported that a post-mortem concluded that Nkencho was wounded six times. Five of the shots were to the torso and one was to the arm. An independent post-mortem is expected to be carried out next week.