The message from the family of George Nkencho, who died after being shot several times by police in Dublin in December, was “This can never, never happen again." 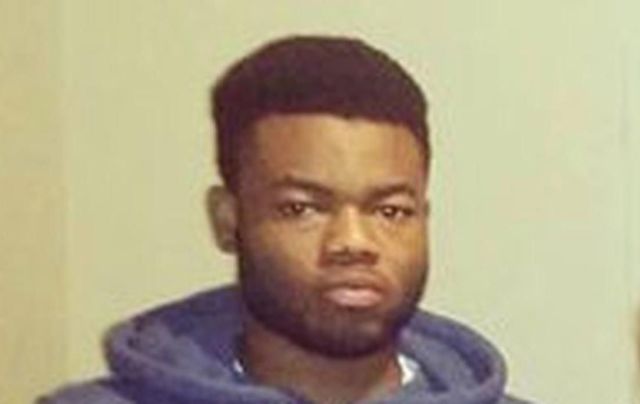 George Nikencho was shot dead by police in December at his family home. Supplied

The family of a Black man shot dead by police near Dublin in December has called for a wide examination of policing the Black community in Ireland – and has compared the death of George Nkencho with George Floyd’s death last year in Minneapolis.

Lawyer Sean Rafter, who is representing the Nkencho family, asked the Dublin Coroner’s Court on Monday to not just consider the specific circumstances of his death but to examine the “broader circumstances of a young Black man who died at the hands of a white police officer.”

Rafter said the inquest should consider “broader questions of policing and discrimination” and added that the family believed 27-year-old Nkencho’s death had “resonated” with others internationally.

Monday’s Dublin inquest was into the death of Nkencho, who was shot dead by the Garda Armed Support Unit outside his home in Clonee on December 30 shortly after he had assaulted a shop worker. Nkencho, who was suffering from mental health issues at the time, was armed with a kitchen knife. 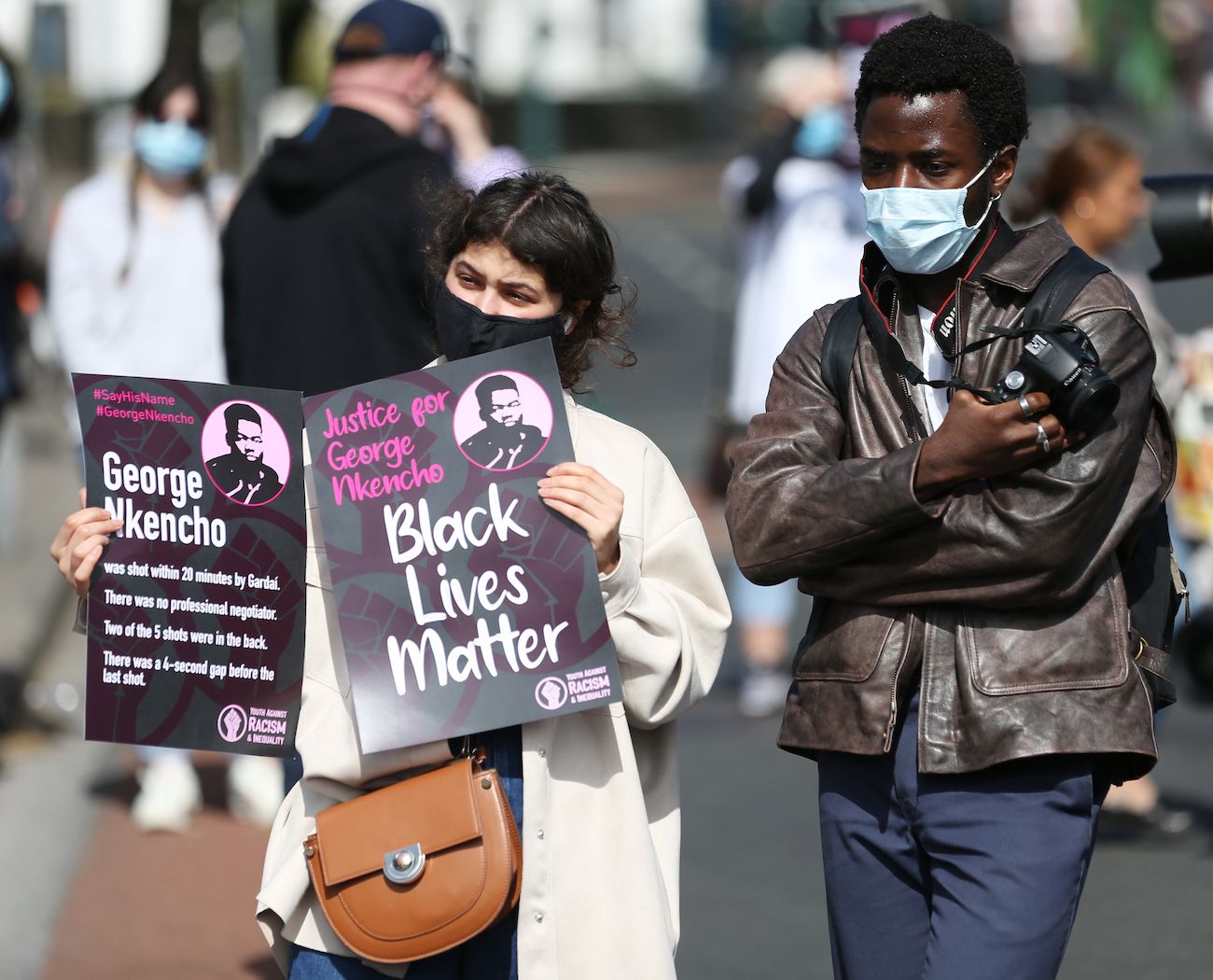 Supporters gather for George Nkencho’s family in Dublin on Monday.

The inquest was told by coroner Dr. Myra Cullinane, quoting pathology evidence, that Nkencho died from “multiple gunshot wounds to the trunk with no contributory factors.”

The inquest was told an investigation by the Garda Síochána Ombudsman Commission is continuing into the shooting and is expected to conclude in December.

The coroner said she would adjourn the inquest until December 14 while the separate investigation continued.

She noted the family requested that the inquest be not limited to a thorough investigation of the relevant circumstances of this one specific death, but to take in the “broader circumstances” of policing in the Black community. 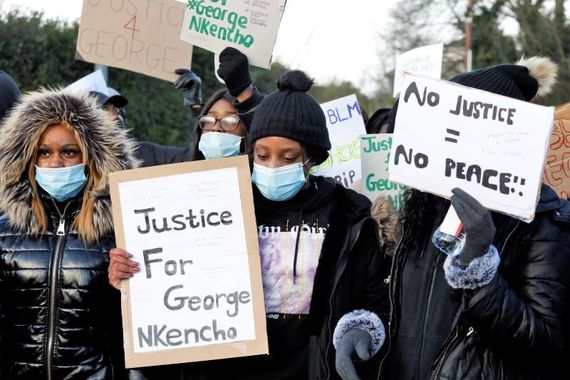 Images from a vigil for George Nkencho in Blanchardstown.

The coroner said the application may be somewhat premature but that she would give the matters due cognizance while remaining within her powers under the Coroners Act of supervising an inquest that dealt with facts and didn’t apportion blame.

She expressed deepest condolences on the very tragic circumstances of Nkencho’s death and told family members, “The court commiserates with you.”

Outside the court, in front of up to 40 campaigners supporting the Nkencho family, George’s sister Grateful Nkencho said the inquest is a “necessary milestone” but reopens the “horrors” of what happened in December.

She added that the shooting by any person by gardai is the gravest of matters in Ireland.  “This can never, never happen again,” she said.

Former Dublin West TD Ruth Coppinger, who was with the campaigners said, “What happened to George has to be fully and properly investigated.”