Lord George Magan was evicted from his mansion in Castletown due to a dispute over unpaid rent. 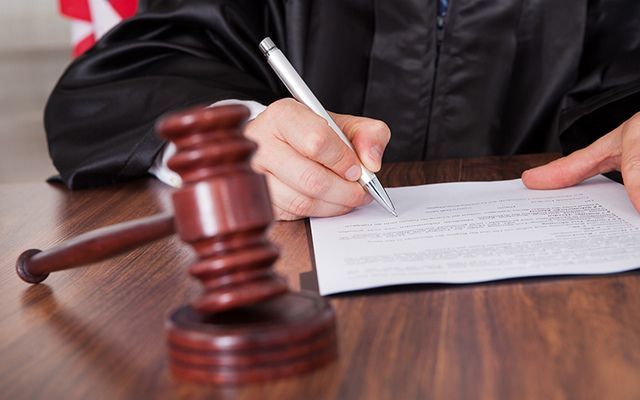 Edward Magan is fighting in the courts to get the mansion back into his father, George's, possession.  iStock

A former prominent member of the Conservative Party suffered a heart attack after he was stripped of his Kilkenny mansion due to his perilous financial situation, a court in Dublin has heard.

Lord George Magan, 75, who once served as Conservative Party treasurer, was evicted from Castletown Cox in May 2018 due to a dispute over unpaid rent.

His son Edward Magan told the Dublin Court of Appeals that the family had been "destroyed" by the ordeal, according to a report in the Irish Independent.

Magan is fighting in the courts to get the mansion - described as one of the finest homes in Ireland - back into his father's possession.

He told the court that his father is surrounded by "jackals" and added that he has nothing but a state pension to his name.

Lord Magan once owned a £6 million home in Kensington and a prized art collection in addition to the Castletown mansion.

Lord Magan is having a torrid time in the courts on both sides of the Irish sea at present.. George Magan loses bid to avoid legal bill for Castletown Cox case https://t.co/QcJCVWWWEk via @businessposthq

However, eviction agents took possession of the Castletown mansion in May 2018 after a row broke out over unpaid rent with the Castletown Foundation Trust, which Lord Magan founded.

Lord Magan established the trust for the benefit of his two children, Edward and Henrietta, and later sold the 36,000 sq ft Castletown mansion to the trust in 2005 along with 513 acres of farmland.

He still had rights of residence at the property as long as he paid rent of €100,000 per year, but the trust claimed that he fell behind on rent payments and sued Lord Magan in the High Court twice, stating that he was in arrears of €571,000.

Lord Magan argued that he spent large amounts of money restoring the property and added that he never expected to be pursued for the rent so intensely. However, he lost both in the High Court on both occasions, while the Court of Appeal ruled last December that he had no legal right to occupy the property.

A second appeal began last week, with Edward Magan revealing that his father suffered a heart attack over the incident in April.

Bankruptcy for former Bank of Ireland director George Magan: Sad fall of the opulent House of Magan https://t.co/B0Tmliiput via @DailyMailCeleb

The 46-year-old Trinity College graduate told the court that he planned to report the "criminal" repossession of the mansion to the gardaí and said that his father's €40 million art collection had been "horse-traded" for just €8 million in a covert "firesale".

"I’m going to the guards.  As a former soldier and with my own kin [police] we can go out and find the wrongdoing," Edward Magan told the Court of Appeal.

"I’m never going to stop… I’m sure the court has a sense of the raging injustice… the family got thrown under the bus," he continued, adding that no landlord ever came looking for rent.

Representing himself, Magan said that his father had spent €25 million renovating the property and added that his "heart was in the house".

He also told the court about his father's stark financial situation.

"He has no home. He doesn’t have anything apart from a state pension."

Rossa Fanning SC, representing Castletown Foundation Trust, told the Court of Appeal that the trust acknowledged the Magan family's "significant emotional attachment" to the house but added that they had no legal right to reside at the property.

"Lord Magan had no continuing rights to remain in the property…We’d changed the locks. We never wanted to do that in a vindictive way."

The Court of Appeal's decision on the issue has been reserved until a later date.