The 17-year-old boy was stabbed in the neck and dismembered in a house in Drogheda in January 2020 before his remains were dumped in Dublin as a warning to others. 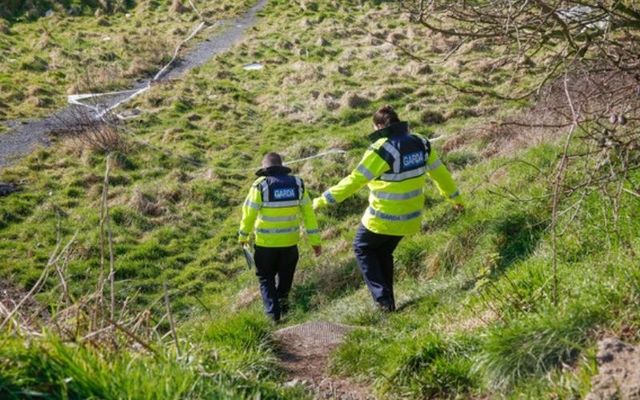 Gardaí search an area of land near the Rathmullen housing estate in Drogheda. Rolling News

Gardaí investigating the murder of a Louth teenager who was dismembered in a gangland attack in January 2020 have discovered partial skeletal remains in Drogheda.

The remains were found buried in an area of land behind the Rathmullen housing estate in Drogheda on March 11.

Gardaí were acting on information they received as part of their investigation into the murder and dismemberment of a 17-year-old boy last year.

They suspect that the remains are human but are unable to confirm this until the Office of the State Pathologist carries out an examination.

The remains will then undergo DNA testing to confirm the identity of the individual.

Gardaí ordered an extensive search of the area on Wednesday morning in the hope of locating the teenager's missing torso in addition to weapons used in the brutal gangland murder. More than 30 officers were involved in the search, including members of the Louth divisional search team, the dog unit, the water unit, and the Garda Technical Bureau.

The area remains sealed off and the garda search is expected to continue for several days.

Gardaí suspect that mobile phones used by those involved in the murder may also be buried in the area and believe that the phones could be a crucial breakthrough in the case.

No one has been charged with the murder of the 17-year-old, although eight people have been questioned as part of the investigation.

The teenager, who cannot be named for legal reasons, was stabbed in the neck and dismembered in a house in Drogheda in January 2020. His dismembered remains were dumped in Coolock and Drumcondra in an apparent warning to others.