A number of people were taken out of traffic and issued €100 fines for breaching Ireland's COVID-19 travel restrictions. 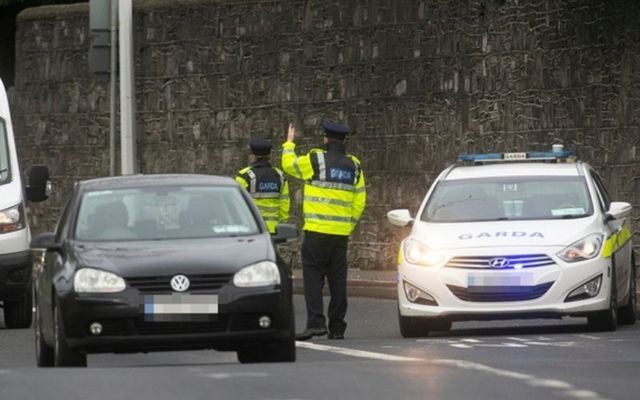 Gardaí carried out a number of COVID-19 checkpoints at Dublin Airport over the weekend in a bid to crackdown on international travelers who are flying for non-essential reasons.

There were at least three Garda checkpoints on the Dublin Airport campus or on roads leading to and from the airport on Sunday, according to the Irish Times.

One checkpoint on the M1 motorway just past the exit of Dublin's Port Tunnel was operated from 7 a.m. until 9 p.m. on Sunday, with at least four members of An Garda Síochána simultaneously stopping motorists.

Some motorists were taken out of lines of traffic and issued €100 fines for breaching Ireland's 5km travel rule, the Irish Times said.

Gardaí routinely moved the checkpoint to the opposite side of the motorway to ensure that motorists traveling to and from the airport were stopped in equal measure, the Irish Times said.

One motorist traveling from Dubin Airport told gardaí, prompting officers to ask for his boarding pass and for proof that his journey was essential.

Another smaller checkpoint was located between Morton Stadium in Santry and Dublin Airport.

Gardaí said that they also conducted regular checkpoints in the vicinity of almost all Irish airports, ports, and train stations over the weekend in a bid to discourage non-essential travel.

Meanwhile, Minister for Transport Eamon Ryan said that the Irish Government will take a "tougher, stricter and more wary" approach to travel in response to the spread of COVID-19 variants.

Ryan believes that mandatory quarantine for travelers from certain countries should be enforced in Ireland in order to curtail the spread of the virus, while he said that gardaí are stepping up checkpoints close to the Northern Irish border to discourage people from circumventing Ireland's travel restrictions by flying into Northern Ireland.

Asked about mandatory quarantine for people entering the country, Minister for Transport @EamonRyan tells @TodayWithClaire said it is proposed quarantine measures be introduced for people without a negative test and for those coming from certain countries. pic.twitter.com/cbF0BisHUj

"If on a road south of the border, 5km from the border, someone's on that road and doesn't have a valid explanation as to why they're traveling, they will be subject to prosecution and fine," Ryan told Claire Byrne on RTÉ Radio 1.

He also said that anyone found to be flying out of Ireland for non-essential reasons would not only be subjected to a €100 fine but that they would be turned around and refused permission to go to the airport.

Gardaí recently confirmed that they have issued almost 1,000 fines to people traveling more than 5km from their home for non-essential reasons since the fines were introduced on January 11.