Popular tourist haunt, Dingle, in County Kerry, is feeling the heat as vistor says it's not enough of a Gaeltacht. 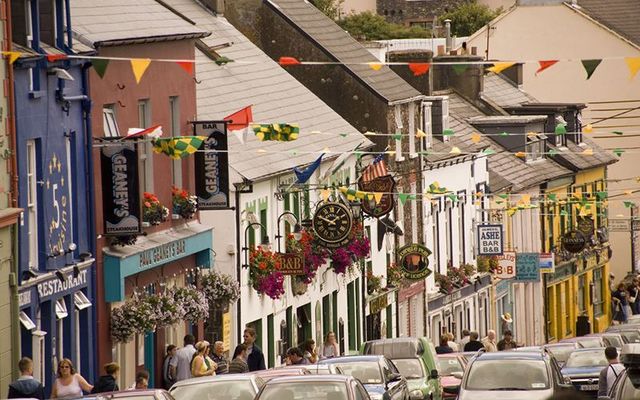 Dingle, in County Kerry, is getting slack for not being enough of a Gaeltacht! Tourism Ireland

Popular tourist haunt, Dingle, in County Kerry, is feeling the heat as vistor says it's not enough of a Gaeltacht.

Residents of a Gaelic speaking tourism hotspot have been accused of not using the Irish language.

But a visitor to Dingle in Co. Kerry wrote a letter to the Irish Independent to complain that he and his wife found few, if anybody, in the town speaks Irish.

Read more: Is the Irish language dead or alive?

John Leahy of Cork said, “We naïvely expected that, being in Dingle, in the Gaeltacht, the Irish language would be spoken widely throughout.”

The beautiful town of Dingle, photographed from the sea.

He claimed that none of the staff at their accommodation could speak even basic Irish.

He said he was met with similar issues on visiting businesses in the Gaeltacht town and that “nobody we met seemed embarrassed or apologetic, despite the town being festooned with business and street names, as well as directional signs in Irish.”

Several of the town’s pubs and hotels rejected his claim.  Kerry Gaelic football star Paul Geaney, who helps manage his family’s pub and restaurant, said, “You wouldn’t have to go far to hear someone talking in Irish.

“Around this time of the year we have a lot of tourists so obviously we would assume they don’t speak Irish. Even many Irish people who visit the town have trouble with the language, so we mainly converse with them in English.

“You would hear Irish being spoken regularly in shops, pubs and around the town.”

He added, “I honestly don’t see how someone could visit here and not pick up on any Irish being spoken.”

Language planner Aine Moynihan, based at the Irish Arts Center in Dingle, said the people of the town should be aware that the language is its biggest unique selling point over similar tourist towns.

“People from all over, including from outside the country, come here because they love to hear the language. These people were very unfortunate not to encounter Irish on their trip,” she told The Kerryman newspaper.