Ireland’s biggest sporting organization tries to offer any clarity on when action will return – for club or county. 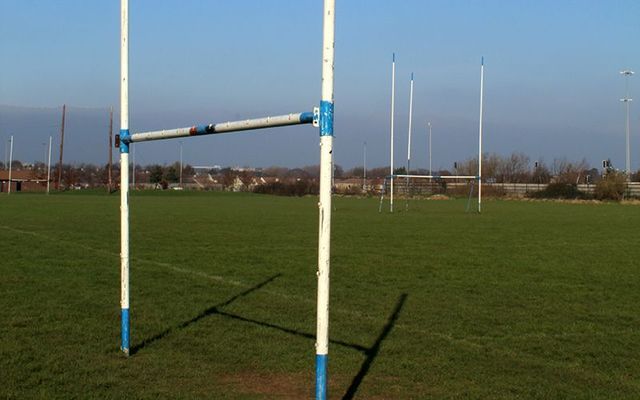 "County teams may have to wait until 2021 for Championship fare." Getty

There's no light at the end of the tunnel and no rainbow never mind a crock of gold for the GAA as Ireland’s biggest sporting organization tries to offer any clarity on when action will return – for club or county.

Confusion appears to reign in the Gaelic football and hurling weekend after another weekend of rumor, counter rumor, and official comment which came to a head-on Monday morning via president John Horan.

The highest-ranked elected official in the association took to the RTE airwaves with Sean O’Rourke to dismiss claims that the government and the GAA are already planning an imminent return to training for inter-county players.

TUNE IN: Move it Monday with the Shannon Gaels GAA

Never mind the fact that the story was initially reported by RTE, Horan was quick to question it, dismiss it, then suggest that the club game will have precedence over county football and hurling when GAA action does return. He even suggested county teams may have to wait until 2021 for Championship fare.

“I’m quite shocked by this story, this was very much a nothing story over the weekend and to be honest with you, somewhat irresponsible,” claimed Horan. “It caused a nervousness among membership throughout the country: are we as an organization putting the inter-county player ahead the club player?

Speaking to O’Rourke, who announced his retirement from RTE just last week, Horan agreed that early 2021 may be a viable option for the 2020 championships in hurling and football.

“We’re open to that if that’s a possibility,” he admitted. “We’d just adjust the 2021 season. I think there’s a hunger and an appetite out there among both players and spectators to see the games being played.

“I think people would accept that if we were to make such a decision that it would be to the benefit of everyone involved. We’re going to act totally responsibly. Social distancing of two meters is a high priority at the moment.  I can’t see contact sport coming on board in the short term.

“We’re an amateur sport. I know there’s a lot of speculation that professional sports like rugby and soccer may come back here in Ireland and overseas, but that’s probably in the sense that they’ve cocooned their players.

“If and when we do return, the club scene will be our priority because 98 percent of our activity happens at club level. As we’re looking at it at the moment, our return initially will be back to club activity before we engage in the inter-county playing.”

Horan’s words seem to kill any hope of a closed-doors return for the country’s top Gaelic footballers and hurlers this summer, but the Kerry boss Peter Keane would consider such a scenario if no better offer is on the cards from government or Croke Park.

“You’d take anything at this stage,” Keane told RTE Sport. “You play challenge games, and you play training behind closed doors. Tis better than nothing.

“There’s also a chance of no football this summer. It’s not inconceivable that that could happen. It has happened before, I think around the time of the wars, and maybe during the Civil War. Different championships took place the following year, and the year after that.

“At this stage we’re all hopeful that something will happen this year, but who knows? Be patient, because there’s a great chance that something could happen.

“We’re all looking forward to some easing of restrictions on May 5, but more important is people’s lives and people’s health and making sure everyone is safe. Football is very much secondary, and business is secondary.  It’s about people’s health at this stage.”

GAA fans will have got little comfort from the words of Sport Ireland chief John Treacy last weekend when he was asked about a return for field sports at a time when the likes of golf and tennis, where social distancing is manageable, seem set for mid-May comeback.

“All of us would love to be back in action as soon as we possibly can,” said Treacy. “But we’re absolutely going to take our guidance from government in terms of when the restrictions are going to be lifted.

“Sport is planning for that day. Some sports are non-contact, done outdoors, with a lot of physical distancing, and they will obviously be a priority. I think it will be a lot trickier for some of the contact sports, and we’ll just have to monitor that very carefully.

“But it’s up to government to give the green light. We provide the information and the decisions will be made.”