Martha O'Donovan, 25, has been charged with attempting to overthrow the Zimbabwe government after allegedly insulting the country's president on Twitter. 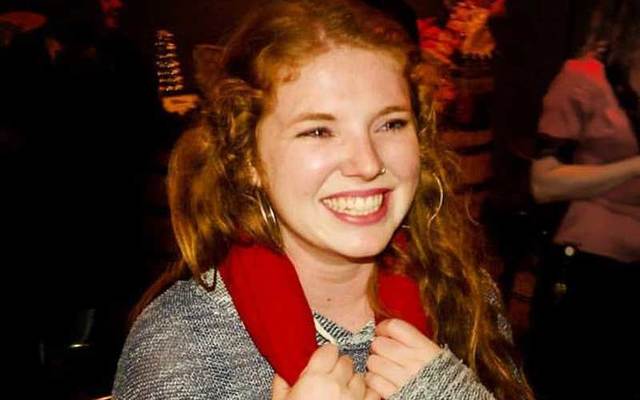 U.S. citizen Martha O’Donovan is facing 20 years in a Zimbabwean prison after being accused of attempting to overthrow the government after allegedly insulting President Robert Mugabe on Twitter.

The 25-year-old Irish American journalist from New Jersey and graduate of NYU was arrested on Friday, November 3 at her home in Harare and charged with subversion of the government and undermining the authority of or insulting President Mugabe, who at 94 is the world’s oldest head of state.

She has since become the subject of a viral hashtag calling for her release — #FreeMartha.

O’Donovan, who moved to Zimbabwe in 2016, works as a project coordinator for Magamba Network, a satirical news organization. The self-described “media activist” presented a talk at a re:public digital culture conference on ‘How Zimbabweans Rebel Online,’ Heavy.com reports.

When it comes to #FreedomofExpression in Zimbabwe, the new battleground is social media. #FreeMartha pic.twitter.com/qXpg3cMnGC

The New York Times reports that O’Donovan’s arrest occurred as Zimbabwe’s government attempts to tighten its control of social media and its potential threat to Mugabe’s 37-year rule. The government established a cybersecurity ministry last month and have begun to crackdown on social media activists, which have led to large protests in the streets.

Prosecutors claim that starting in February, O’Donovan had “systematically sought to incite political unrest through the expansion, development and use of a sophisticated network of social media platforms as well as running some Twitter accounts.”

They cited a tweet posted last month that read, “We are being led by a selfish & sick man,” which included a photograph of Mugabe with an illustration of a catheter. Prosecutors say that O’Donovan had access to the anonymous account, with the handle @matigary, through her laptop computer, and that she used an anonymous web browser known as Onion Router.

They say she aimed to “replicate offline uprisings like what happened in Tunisia and Egypt” in 2011.

O’Donovan has denied the accusations against her as “baseless and malicious.”

A friend, Declan Galvin, told the New York Post: “She is very cognizant about Zimbabwe and the context she lives and works.”

He said: “She’s not a dummy who gallivants across Africa who happened to get in trouble. She’s very clear-headed, knowledgeable and develops authentic relationships with people . . . She’s not a vacationer.”

On Thursday, a high court judge, Clement Phiri, granted bail to O’Donovan and expressed skepticism that she was guilty.

He said she “showed that she has a plausible defense,” and added that “it appears, prima facie,” that there was no evidence of a plot “to overthrow the government.”

O’Donovan was ordered not to leave the country and has surrendered her passport. A trial date is to be determined.

Defense attorney Obey Shava of Zimbabwe Lawyers for Human Rights said that the charges against his client were "concocted."

"There is no substance in what the state is saying," he said, according to CNN. "It is not Martha O'Donovan which is the real target here. But the whole idea behind the charges is to discourage people from putting their ideas on social media, and it is about a clampdown on social media by the state."

David McGuire, a spokesman for the United States Embassy in Harare, said it was “monitoring Martha’s case very closely and our Consular Services team has been in frequent, direct contact with Martha since her arrest.”