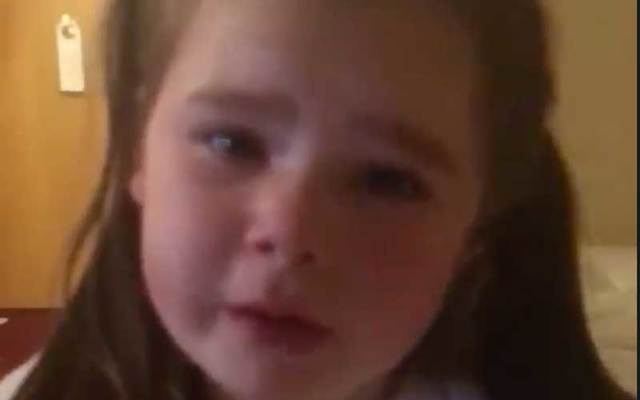 Poppy, 4, cries because she and her mother will be spending another Christmas homeless. Leanne Dunleavy/Deadline News video still

A video of a four-year-old girl crying after she was told by her mother that they would be spending their third Christmas in a Dublin hostel has revealed the heartbreaking reality of Ireland’s housing crisis.

The little girl, Poppy, and her mother Leanne Dunleavy, a 30-year-old hair stylist, have been in and out of emergency accommodations and shelters for two years.

Dunleavy, who recorded the video, says they became homeless due to unforeseen circumstances and does not expect the situation to change any time soon.

The video, which has had more than 167,000 views on Facebook, shows Poppy with tears streaming down her face.

When her mother asks her why she is upset, the child replies: “Because I have nowhere to stay, because we have nowhere else.”

Dunleavy then asks her how does that make her feel, to which Poppy replies “sad.”

The Daily Mail reports that the number of homeless in Ireland has tripled in the past four year with figuring showing some 10,000 people homeless, including more than 3,800 children.

Dunleavy says no child should be homeless.

“I just wanted to show the government how it's not only the parents that suffer because we get on with it,” she said.

“It's tearing the children apart, no child should be spending Christmas for the third time in homeless accommodation and by the looks of things it will probably be a fourth Christmas next year.