A 30-year-old woman is in critical condition after being shot in the arm and chest in a co-ordinated attack. 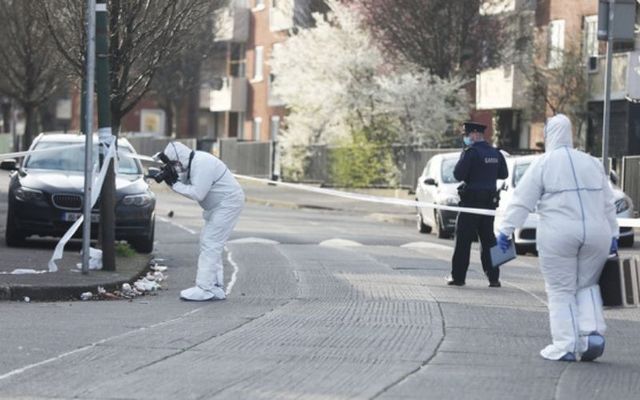 Gardaí investigate a shooting at a flat complex in Dublin. Rolling News

Gardaí have arrested four men in connection with the shooting of a man and a woman in Dublin on Saturday afternoon.

The incident took place at Bernard Curtis House - a flat complex in the Bluebell area of Dublin's south inner city - at about 1 p.m. on Saturday, leaving a 30-year-old woman in critical condition in hospital.

The woman, who has shot in the arm and the chest, has undergone surgery and remains seriously ill.

A man in his 30s also presented himself at St. James' Hospital in Dublin with gunshot wounds and is thought to be in a serious condition. The man was shot in the arm and is expected to make a full recovery.

RTÉ reports that a number of people, including a young child, were in the flat when the shooting took place.

Three of the men arrested in connection with the shooting are from Northern Ireland, while one man is from Dublin.

The scene was sealed off on Saturday and examined by members of the Garda Technical Bureau. Gardaí believe that the incident was a well-planned attack,