Brennan released a statement on Saturday addressing both the anthem protests and President Trump's response to the crisis in Puerto Rico. 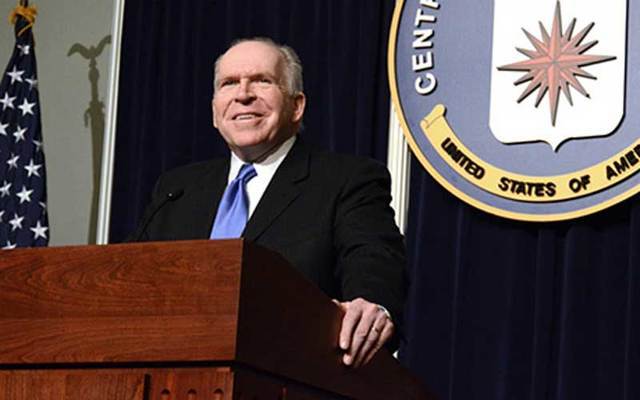 Former CIA Director John Brennan has released a statement in support of National Football League players who take a knee during the national anthem.

Brennan, the son of Irish immigrants from Roscommon, released the statement on Saturday through his former deputy chief of staff, Nick Shapiro, the Huffington Post reports.

The statement addressed both anthem protests and President Trump’s response to the crisis in Puerto Rico.

“Taking a knee during the national anthem shows respect for the flag and for all those who fought and died for it and, at the same time, concern about problems within American society that need to be addressed,” Brennan wrote in the statement that Shapiro tweeted yesterday.

Former CIA Director Brennan on the recent NFL protests and the crisis in Puerto Rico. pic.twitter.com/txhmPJxFNn

The controversy began last year when then-San Francisco 49ers quarterback Colin Kaepernick kneeled during the anthem as a protest against racial injustice. Some have complained that “taking a knee” during the national anthem is disrespectful of the military and the American flag.

Brennan, who has been openly critical of Trump in the past, defended the freedom of expression in the act of kneeling as one of "the most important foundational principles of our great nation.” In his statement, Brennan also referred to Trump’s slow response to the devastation in Puerto Rico after Hurricane Maria.

“And at all times, the primary responsibility of the President of the United States is to do everything possible to safeguard the lives of American citizens, which is why Mr. Trump should have laser-like focus on mitigating the catastrophic damage of Hurricane Maria on the people of Puerto Rico,” Brennan wrote.