It’s not the first time the controversial journalist George Hook has got into trouble for remarks made about rape. 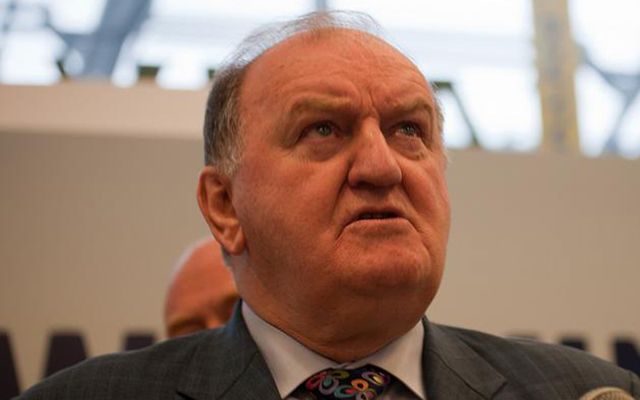 George Hook, a famous Irish broadcaster, has issued a groveling apology for blaming rape victims for the crimes committed against them.

Hooks presents for two hours every weekday of what he describes as a “no-holds-barred comment and opinion” radio show and began yesterday with what he called a "profound apology" for prior comments which he said had only served to perpetuate “the stigma around rape”.

Last week during a discussion on the details of an ongoing rape trial in Britain he said it raised the issue of what he called the "personal responsibility” of women and he asked his listeners “is there no blame now to the person who puts themselves in danger?”

“Why does a girl who just meets a fella in a bar go back to a hotel room? She's only just barely met him. She has no idea of his health conditions, she has no idea who he is, no idea what dangers he might pose.

"But modern day social activity means that she goes back with him. Then is surprised when somebody else comes into the room and rapes her. Should she be raped? Course she shouldn't. Is she entitled to say no? Absolutely. Is the guy who came in a scumbag? Certainly. Should he go to jail? Of Course. All of those things."

The result was a huge backlash online and his show lost a sponsor; the Dalata Hotel Group issued a terse statement that it had decided to "terminate our commercial relationship" with the Hook’s employers, Newstalk.

Noeline Blackwell of the Dublin Rape Crisis Centre told RTÉ Radio that she was worried that his comments would make rape victims even less likely to report what happened to them to the police.

“Rape doesn’t happen because of what you’re wearing, because of the amount you’ve drunk, rape happens because somebody has sex with you without your consent,” she said.

On Sunday Hook issued a statement that said:

"On Friday, September 8 I made comments about rape on the program that were totally inappropriate and unacceptable and I should never have made them."I realize that those comments caused widespread hurt and offense and for this

"I realize that those comments caused widespread hurt and offense and for this, too, I am truly sorry.

"I would particularly like to apologize to all victims of rape, their families, the organizations who work day and night to reduce the stigma around rape and also for those who try and increase reporting of crimes involving  sexual violence against men and women."It was wrong of me to suggest that any blame could be attributed to those victims or that bear any responsibility in the crimes committed against them.

"By doing that I played a part in perpetuating the stigma and I unreservedly apologize for doing so.

"Everybody has the right to enjoy themselves without fear of being attacked.

"And as a society, we have a duty to our daughters and granddaughters to protect that right.

"On Friday I failed in that duty of care, a failure I deeply regret and for which I am truly sorry."

It’s not the first time Hook has caused an outcry after comments about rape. Two years ago in discussion with an attorney about a case in which woman was raped by her boyfriend he said:

Attorney Ivana Bacik hit back that it “an outrageous suggestion” to which he replied, “that’s not my suggestion”.

He later issued a clarifying statement after Niamh Ní Domhnaill, herself a victim of rape, called his comments “ignorant [and] insensitive”.

“In that discussion, we spoke about how pre-1990 a man was legally incapable of raping his wife. It has come to my attention that Ms. Ní Domhnaill was hurt by what I said and felt I was insensitive to her plight and to other cases. That was never my intention. I never said, and would never say, that a man has implied consent from a woman with whom he shares a bed. However, Professor Bacik agreed it was difficult to prosecute rape cases where there was an existing relationship.

“I am appalled at what happened to that young woman in what should have been the safety of her own bed.

“What happened was a betrayal of the worst kind. Betrayed by the man she trusted and loved in the sanctity of her own home. As a husband, father and grandfather, I am shocked and saddened by this case.