Police confirm at least 17 people were killed in the fire that ripped through the residential apartment block. The death toll is steadily rising. 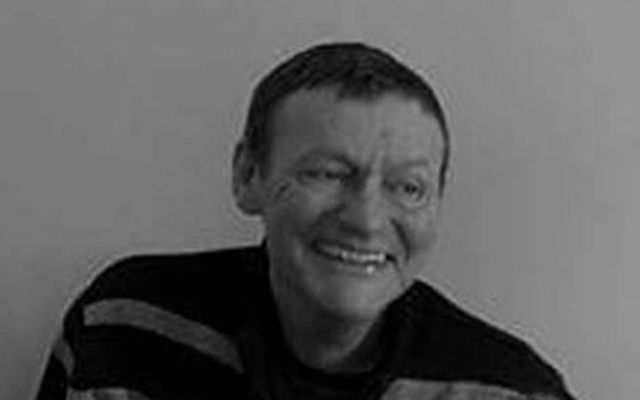 The family of an Irishman living in London has sent out an urgent plea for information on their missing uncle, whom they have not heard from since he was caught in the raging fire in Grenfell Tower.

In the early hours of Wednesday morning, June 14, a fire ripped through the 27-storey, 120-apartment residential block in West London, killing at least 17 people with 74 others still receiving treatment in hospital.

The Independent has named the first victim as Mohammad Al-Haj Ali, a Syrian refugee who had moved to Britain for a “better life”. The 24-year-old engineering student is said to have attempted following his brother down the stairs of the burning building before the smoke became overwhelming.

Many other residents of the tower block are still missing including Irishman Dennis Murphy whose family has put out an urgent plea on social media looking for information on his whereabouts. The last time Murphy’s family heard from him, he informed them that he was trapped in his apartment on the 14th floor of the building.

“My uncle Dennis Murphy was in the building of the fire.He called trapped on 14th floor. We haven’t heard anything since.”

The death toll from the tragic blaze has been steadily rising as firefighters searched through the night in the still burning building. Over 24 hours after the fire started and the blaze had still not fully died down.

Details are emerging of residents of the block who contacted their loved ones while still trapped in the building. Many of these people are among those still missing. Hundreds would have been sleeping in the block when the blaze broke out and a 12-year-old girl, a family with three children, and an 82-year-old man are believed to be among the missing.

Peter Vanezis, professor of forensic medical sciences at Barts and the London, who helped identify the final victim of the 1987 King’s Cross fire, has said that it may take months to identify some of the bodies.

"The richest council in the country & not enough money to refurbish the fire escape? Outrageous." #GrenfellTower pic.twitter.com/07ovDMTTQ6

Anger is steadily mounting among residents who feel years of complaints about fire safety in the block and in residential tower blocks similar to Grenfell have been ignored, until it was too late.

The block has just a single stairwell through which 200 firefighters were attempting to fight the blaze and rescue residents. The fire is believed to have started on the fourth floor a little before 1 am on Wednesday, sparked by a faulty fridge in one of the apartments.

Residents were seen on the 23rd floor calling for help while a baby was rescued from the ninth or tenth floor after being dropped down for a member of the public to catch.

“I saw the parent throw two kids out of the window. I don’t know where they landed because I was on the other side. I doubt anyone caught them, I hope they did,” Joe Walsh, 48, told The Guardian.

"If it wasn't for all these young Muslim boys around here, helping us, coming from mosques, people would have been dead." #GrenfellTower pic.twitter.com/JH9geBpMdx

Apartment blocks in other parts of the estate were evacuated as debris fell from Grenfell while an investigation is underway to discover whether cladding panels fixed to the outside of the building contributed to the pace of the fire spreading.

Even during a $12.7 million (£10 million) refurbishment of the complex in the Lancaster West estate last year, housing activists felt that their fears over fire safety were ignored while bloggers have highlighted the concerns of residents for many years.

“ALL OUR WARNINGS FELL ON DEAF EARS and we predicted that a catastrophe like this was inevitable and just a matter of time,” wrote David Collins of the Grenfell action group.

Activists believe the blaze to be a result of a “combination of government cuts, local authority mismanagement and sheer contempt for council tenants and the homes they live in” with harsh words for the Conservative governing party for cuts made.

There are 1,399 homes a stone's throw from Grenfell Tower left empty by millionaires. Time to move in the victims https://t.co/b14t7qIno8 pic.twitter.com/xaOHp5XTHG

Conservative Prime Minister Theresa May has stated that a “proper investigation” will be carried about into the fire and “action will be taken”.

Local support has seen three rest enters established in West London to comfort those affected while money is being raised to fund medical expenses and to provide food and clothing for the victims.

“Local people have been streaming into support centres with clothes, food and other supplies to help those affected. It is at times like these that we see the very best of our community, coming together in the face of such adversity,” said Emma Dent Coad, the newly elected Labour MP for Kensington.

“There are genuine concerns, reasonable concerns, that have been raised in the course of the night and it’s really important that these questions are answered,” said London Mayor Sadiq Khan.

Sadiq Khan is getting heckled by people near Grenfell Tower shouting "Why didn't you support Jeremy Corbyn? Are you going to apologise?"

“I will be demanding answers and I can assure you I will be ensuring there is independence in relation to it. Across London we have many, many tower blocks and what we can’t have is a situation where people’s safety is put at risk because of bad advice being given or if it is the case, as has been alleged, of tower blocks not being properly serviced or maintained.”