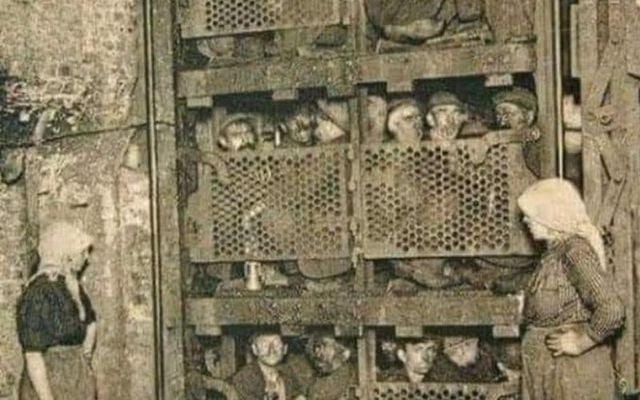 A Facebook post falsely claiming that Irish people were systematically sold as slaves in the 17th century has been shared almost one million times.

The post begins by claiming that the Irish slave trade began when 30,000 Irish political prisoners were sent to the New World and sold to English settlers in the West Indies under a proclamation from King James I in 1625.

This is simply not true, according to Reuters.

The news agency quotes Liam Hogan, an Irish historian who writes extensively about the myths surrounding Irish people and slavery, to debunk the post, which has been shared 992,000 times at the time of writing.

"If this is the case, where on earth is the meme getting the unequivocal and impossible 300,000 forced deportations from Ireland over a ten year period?" Hogan said.

Read more: The Black Irish - what are the truths and myths

Hogan described the Facebook post as a piece of "racist ahistorical propaganda" and said that the post quotes a debunked article from 2008 which claimed that King James II made the Proclamation to send the Irish to the West Indies. Hogan said that there was no evidence to suggest that King James II ever made such a proclamation and that he wasn't born until 1663 in any case.

The Facebook post also claims that more than 100,000 Irish children between the ages of 10 to 14 were sold as slaves in the West Indies and North America throughout the 1650s, another claim that has absolutely no supporting evidence. ]

Meanwhile, Upworthy reports that the men pictured in cramped conditions in the picture accompanying the post are actually Belgian miners tightly packed into a mining elevator.

Reuters published another article explaining the difference between slavery and indentured servitude after another Facebook post claimed that the first slaves in North America were white children from Ireland.

The older post claimed that the first slaves in North America were 100 Irish children who arrived in 1619. The Library of Congress has no record of a shipment of "100 white children" from Ireland arriving at any stage throughout the 17th century.

Reuters also explained that indentured servitude was not the same as slavery, even it was extremely demanding.

Indentured servitude was a system where a servant worked for four to seven years in exchange for food and passage to the New World. Irish emigrants were among hundreds of thousands of migrants who worked as indentured servants in the New World, but they were not slaves.

Although servants received severe punishment and worked grueling jobs for no pay, they were not the same as African American slaves who were not free in any sense and had little prospects of ever becoming free.

Numerous academics claim that posts like these are attempts to trivialize and deny centuries institutionalized, race-based slavery.