The victim, who is believed be in his 70s, was found by his care worker at a flat in Robinson's Court flat complex off Cork Street in Dublin City Center on Thursday afternoon. 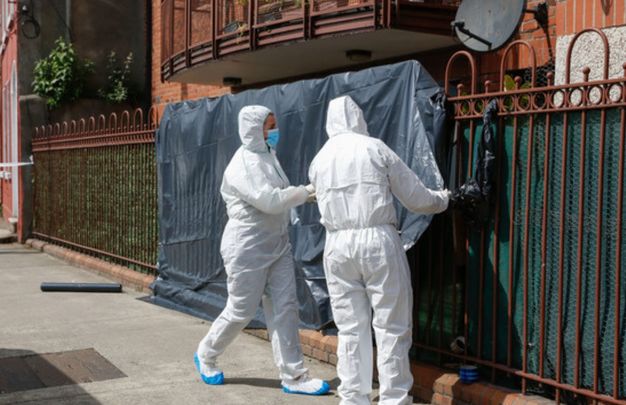 Irish police are investigating the murder of a man in his 70s who was beaten to death in a social housing complex in inner-city Dublin.

The victim was found by his care worker at a flat in Robinson's Court flat complex off Cork Street in Dublin City Center on Thursday afternoon.

The man, who is believed to be of Asian descent, had lived on his own in sheltered accommodation for several years and is thought to have been struck repeatedly with a blunt instrument.

The body was removed to the City Morgue on Thursday night with a postmortem due to take place today. The investigation is being led by officers from the Kevin Street Garda Station.

The Irish Times reports that there was extensive bloodstaining at the scene.

Meanwhile, DublinLive reports that an ax was recovered at the scene and that the man was found lying in a pool of his own blood.

The victim suffered severe injuries to his head and upper body, according to several sources.

"Gardaí are carrying out a criminal investigation into the discovery of a body of a male in unexplained circumstances this morning, 29/04/2021, at a residence in the Robinson's Court area of Cork Street, Dublin 8," the statement said.