A new 'smart' budget easyHotel is to be opened in September in Belfast city center, which will be the first of its kind in Ireland. 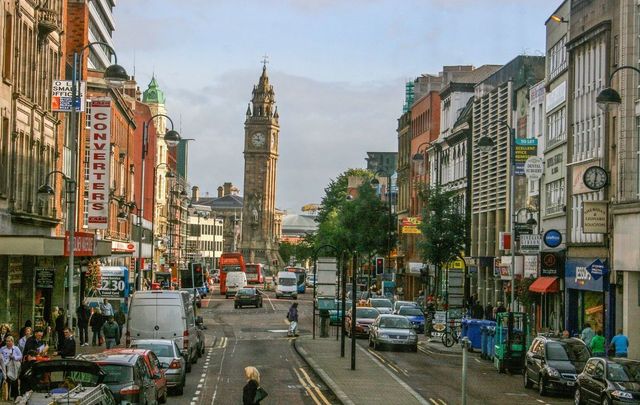 A street view of Belfast near the city center iStock/jamegaw

The new high-tech hotel will take the place of the 200-year-old Dax building at Howard Street and will have 4 stories with 81 bedrooms in total.

Much like the other locations, this ‘easyHotel’ will use a smartphone application for all bookings and actions, much like the approach akin to other budget companies such as Ryanair.

This ‘easyHotel’ will be the first of its kind in Ireland. The project is expected to be completed in September and will offer extremely low rates for rooms at as low as $13 (£10) per night, according to the Belfast Telegraph.

It is planned to be located in Belfast city center and will be similar to other locations in Britain and mainland Europe in that one can use their smartphone to unlock their rooms without even checking-in.

The project has largely been supported and developed by Northern Irish businessman David Crowe with an investment of $6.6 million (£5 million) and the director Kevin Baird.

Baird, who will be running the hotel, stated that the hotel will, “promote the very best of Northern Irish hospitality.”

EasyHotel was founded in 2004 as a part of the easyGroup, which is owned by the creator of this low-cost, automated concept, Sir Stelios Haji-Ioannou. It is hoped that in Belfast, the new hotel will have a great appeal to tourists and businessmen from the south of Ireland and the rest of the UK because of its no-frills approach, as per Crowe.

“The majority of hotels now which are planned to open or have opened in Belfast are four-star or possibly boutique. This is super budget, it’s simple, we do what it says on the tin, no more no less and we’re value for money,” Crowe noted.

Do you think that a similar project would take-off in the US or in the rest of Ireland? Let us know what you think.