Mother remains in serious condition and baby boy died at the scene in Crumlin on Monday evening. 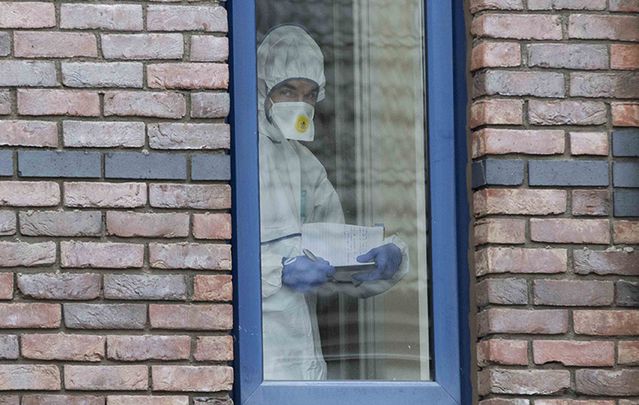 Forensic detective spent much of Tuesday morning at the scene of the three-year-old's murder. RollingNews

A three-year-old boy has been stabbed to death and a woman seriously injured in the Crumlin area of Dublin city, on Monday evening.

It is understood the pair are mother and son. The mother, an Iranian doctor, in her 40s is being treated at St James’ Hospital and is believed to be in serious condition. The child’s death is being treated as murder.

Gardai (police) were called to the home at the Riverside Apartment complex in Poddle Park, in Dublin 12, at around 7pm on Monday. The child’s body was removed from the scene following forensic examinations. The gardai have confirmed that the child’s death is being treated as murder and the state pathologist has been notified.

Today FM reported that child’s mother and father had split up, leaving the mother to care for the three-year-old in this apartment.

The public in Dublin have been shocked at such a violent act perpetrated against such a young child. Several bunches of flowers, teddies and cards were left outside the gates of apartment complex.

Investigation continues into death of boy, 3, at apartment in Dublin https://t.co/chzd9gTwMy pic.twitter.com/YClTp1EvmC

Neighbors told the Irish Times they would often see the young boy at the local shops. Lorreine Leon, who lives at the apartment block opposite said “He was gorgeous, beautiful, big brown eyes, very lively, chatted, would talk to you all the time. He was mad about my dogs.”

The neighbor continued “She loved it here, was settled, didn’t talk about going back at all. She was totally settled, she had her friends and mixed in the community. She was great.

Leon added that the doting mother called her son “her world”, that’s what she called him”.

Another resident said “I saw the police and firemen here when I arrived around seven o’clock [last night]. I was thinking it was a fire.

“People are shocked. She would leave here in the car and the child was always with her. He was always happy and talked.”

A female neighbor said “I’ve heard they were a lovely family. It’s just something you don’t expect. We’re all stunned.”

Gardai are reported to be following a definite line of inquiry. They are appealing to witnesses to come forward. Anyone who was in the area of Poddle Park between 5pm on Sunday 9th July and 7pm on Monday 10th July 2017 is being asked to contact at Crumlin Garda Station on 003531-666-6200.