TD Ruth Coppinger was contacted by a female renter in Dublin who said her landlord suggested she could use "sex for rent." 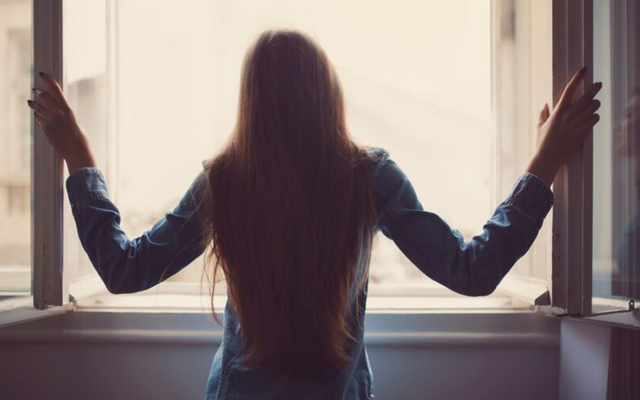 TD Ruth Coppinger raised the issue of a Dublin landlord seeking "sex for rent" in the Irish government this week. Getty

A Dublin landlord who suggested his female tenant offer ‘sex for rent’ has been raised as an issue in the Irish government this week.

Politician Ruth Coppinger, who was contacted by the female tenant, raised the issue in the Dáil [Irish Parliament] on September 18.

She then recounted the female tenant's experience, which began when her rent was raised, forcing her to look for other accommodations. Her landlord, however, suggested she "come live with me at my house," adding, "I think you're beautiful."

Read more: The Irish housing crisis threatens everything we claim to stand for

Initially, the landlord suggested she lived with him for two months at "half money" with the understanding that they "go for dinner and see what happens."

When the tenant rejected that proposition, the landlord upped the ante saying "you can stay for free until Christmas if we can agree something."

TD Coppinger said it was "high time" the Irish government begin collating data regarding these type of situations.

She added: "You've allowed a situation where young women, in very vulnerable situations - thankfully she was able to move on - could actually be put under undue stress and pressure because the landlords rule in this Dáil and you've done nothing about it."

Responding to TD Coppinger's comments, TD Eoghan Murphy, who serves as Ireland's Minister for Housing, Planning and Local Government, said that "earlier this year, we enacted the most substantial reform for protecting tenants that have been enacted since we brought in rent controls in the first place."

He acknowledged that the situation was a "disgusting and a horrible thing for someone to have to go through. It is absolutely a matter for the gardai and a criminal matter."

TD Murphy added he will address the Minister of Justice about "what might be possible in relation to these types of situations that women might be finding themselves in because it's reprehensible."

Afterward, TD Coppinger tweeted screenshots of the WhatsApp messages exchanged between the woman in question and her landlord:

This is the rental sector in 2019 such is the power landlords have. Here are the original messages that I read from in the Dáil.#SexIsNotRent #dubw #metoo pic.twitter.com/zAIdmU6BW9

On Thursday, TD Coppinger said the situation was an example of a person in power abusing their power:

This isn't someone asking someone out and being told no, it's a person in a position of power over another who is abusing that power to coerce someone.

In 2017, similar 'sex for rent' scenarios were being reported in Ireland in response to high rent rates.

"My body costs the same amount as rent"

The female tenant, speaking under the pseudonym ‘Laura,’ later told RTÉ that this was not the first unsettling interaction she had with her landlord.

She recounted when her roommate went on a holiday, the landlord suggested “popping over” to see how things were going.

"I got a bit scared because he had the keys of the apartment so I was locking the door," she told RTÉ.

Another time, when she told her landlord she was going away on vacation, he expressed concern that she might “run off with another guy.”

Laura said: "Four days before I was leaving the house he sent me messages asking me if I wanted to live with him. I thought he was joking."

The landlord, however, told Laura that he was serious.

"I'm working and I really want to pay for my rent like another person. I was very shocked when he asked me this. I felt like a sexual object," she said.

“My body costs the same amount as the rent.”

Though she is choosing to remain anonymous, Laura said she told her story because she wants other women in similar situations to know that they are not alone.