"If you lay down with a dog, the possibility of getting fleas is greatly increased." 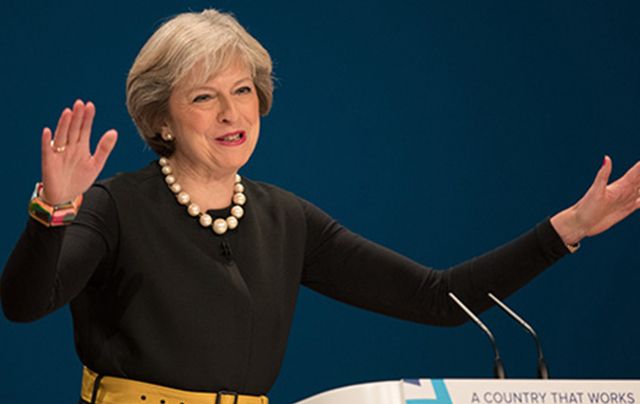 British Prime Minister Theresa May climbed into bed with such speed with the Democratic Unionist Party (DUP) after the election result that she had little time to inspect her new bedroom partner.

If she had she might have possibly reconsidered.  If you lay down with a dog, the possibility of getting fleas is greatly increased.

After a campaign where her main attacking point was accusing Labour Party leader Jeremy Corbyn of being a tool of the IRA, May is now bound to a party specifically endorsed by the loyalist paramilitaries the UVF and the UDA.

Ian Stevenson, an elected member of the DUP, proudly photoshopped a UDA flag flying outside 10 Downing Street after the election result. He later claimed he made a mistake.

"There is no doubt that the UDA is a sectarian organization, mired in criminality and drug dealing, extortion and murder," he said.

"But despite this the DUP appear content to cozy up to them, just as they have with the Tories."

Then we have the wonderful men of the Orange Order, now tied to Mrs. May as well.  Their contribution to the new political alliance was to demand that the DUP hold firm on re-instating the sectarian Orange Order march through the Catholic neighborhood in Drumcree.

“Portadown District LOL notes the outcome of the recent general election with interest. We would like to congratulate fellow Brother David Simpson and all the other unionist representatives," it said.

“We note the invitation from the prime minister to the DUP to support her government. We trust that the parading issue especially in Portadown will be high on the agenda for the new government.”

Ah yes, the grand old days of Drumcree. Remember that glorious day, July 13, 1998, when a car containing members of the UVF, May’s new partners by proxy, arrived at a house where a mixed religion family lived?

They threw a petrol bomb through a window at the rear of the house and burned the three little Quinn boys to death. It was one of the UVF's finest moments.

May will now govern Britain with a political party endorsed by none other than those UVF and UDA characters, the lads who regularly fly the swastika as well as other sectarian flags.

Such issues aside, the DUP is the equivalent of a Neanderthal party wandering around in the modern political arena.  They refuse to work on Sunday and abhor gays – they once ran a campaign called “Save Ulster from Sodomy.”

Jim Wells resigned as the DUP's health minister after recently saying that "the gay lobby is insatiable, they don’t know when enough is enough.”

Former leader Peter Robinson supported his wife Iris’s anti-gay remarks, saying, "It wasn’t Iris Robinson who determined that homosexuality was an abomination, it was The Almighty. This is the Scriptures.”

Good luck with your new friends, Mrs. May.