Dublin-based charity calls for government actions as ten within ten weeks unexpectedly take their own lives and pressures of social media blamed for part of the problem. 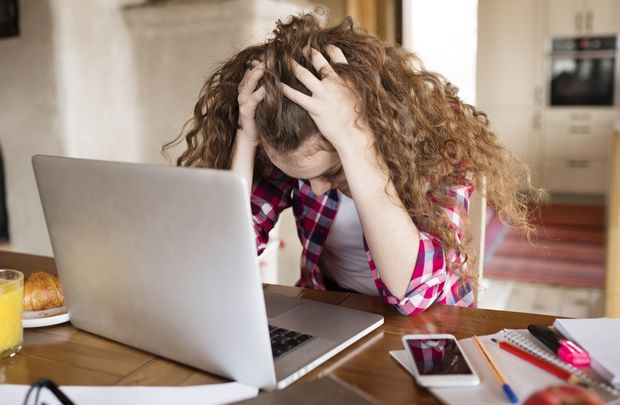 Is social media pressure and cyberbullying the reason for an increase in female suicide in Ireland. Getty

Dublin-based charity calls for government actions as ten within ten weeks unexpectedly take their own lives and pressures of social media blamed for part of the problem.

Eight women in Dublin took their own lives within a ten-week period. The cause of their deaths was social media and cyberbullying a charity, Helping Others More Everyday (HOME), have warned.

The Ballyfermot charity, in south Dublin, warned that the situation is spiraling out of control. They said that while the provision figures show 70 females committed suicide in Ireland in 2018, national the figure could be much higher.

Warren Dempsey (30), whose own sister 22-year-old Andrea, took her own life in April 2019, told the Irish Mirror on Sunday, there needs to be something done nationally to tackle the problem. He said while social media is not the entire cause it played a major part in many suicide cases.

Now a volunteer with HOME, Dempsey said he hopes raising awareness can make a difference. Speaking about his own tragic loss of his sister he explained that his sister was well-traveled, loved dancing and was a medical professional with a great life ahead of her.

He told the Mirror of the horror that unfolded around her death, in the area.

“Unfortunately, [Andrea] was the victim of abuse from the age of nine to 13 and it had a major effect on her self-confidence and insecurities.

“We came together as a family and thought we had overcome it but sadly that wasn’t the case.

“On the night of my 30th birthday Andrea left the party and we discovered that she hadn’t arrived home when we got there.

“[Her death] had a massive effect on the area, nobody ever imagined she would take her own life. Two weeks later her best friend Anna, who has a four-year-old son, went to her partner’s house and took her own life. At her funeral, Anna and Andrea’s friend Zoe was sitting beside me.

“She went on to die from suicide later that day.

“I had said to her at the funeral, ‘Are you OK?’ and she replied, ‘I’m struggling to get my head around this.’

“I text her at about 6.40 pm that evening and asked if she was okay and she wrote back, ‘Nobody will ever understand’ and at 7.20 pm we got a call to say that she had died by suicide.

“Well, she fought for two days but sadly didn’t make it.

“It was around that time that people started locally saying, ‘We have to do something about this.’

“I know Andrea would be proud of what I am doing and the impact the group is having.

“In terms of prevention, we are certainly helping. In the space of 17 weeks, 11 people have come to us and said we have helped them from taking their own lives.

“People put it down to underprivileged areas but that is not the case, it’s everywhere.

“There is no discrimination when it comes to suicide, unfortunately."

He added that "it is mostly young women who are dying from suicide in the area.

“In the space of ten weeks, eight young women took their own lives, 16 over the last 12 months.

“A lot of it is to do with social media, the pressure, the competition to have the best of everything.

“There’s the financial aspect, everybody wants to have the designer clothing, it has a massive impact.

“They are looking online too and seeing how these girls are with perfect bodies and lip-fillers and stuff, there is massive pressure on young women to look a certain way now.

“Her mother Jackie is trying to get a law introduced to stop cyberbullying.

“It’s only one area that is to blame for suicide. Drugs and alcohol, homelessness and financial pressure are all other factors. But we need to ask why so many women all of a sudden are taking their own lives?

“Social media has crept up on everybody and there is no support network there to deal with the problems that it brings, bullying and stuff.

“We need to educate people about the dangers of social media.”

Warren said the Irish government and Health Service Executive need to "take their blinkers off and start facing this head-on."

“They need to face the reality of what is really happening. Also, if you die from suicide a day or two after you attempted to take your own life it’s not registered as suicide either but misadventure.”

Nicola Dwyer (45), also a volunteer with HOME, said there are no mental health services in the area.

“We have drug treatment centres, alcohol support but nothing for mental health.

“We are trying to fill this gap now. I do believe it’s important for there to be a place for people to seek help and talk," Dwyer said.

“We had a young teenager only last night who said she was suicidal. A gorgeous young girl with her whole life ahead of her.

“We need to be going into schools and teaching young people about mental health and suicide awareness. At the moment you are not allowed to go in and give a talk about suicide.

Midge McNamara, who runs Thumbs Up For Benny in Limerick agreed. He told Dublin Live “There has certainly been a huge increase in the number of females, and in particular young women, taking their own lives.

“In the space of two weeks alone, we had three young women die from suicide. Social media has a massive role to play in it. I’m currently helping a teenage girl who feels she can’t go on. She’s been looking up ways to take her own life.”