Declan Haughney and Gareth Coakley have denied speculation that Peadar Doyle was dead when the two brought him to a Carlow post office to collect his pension last week. 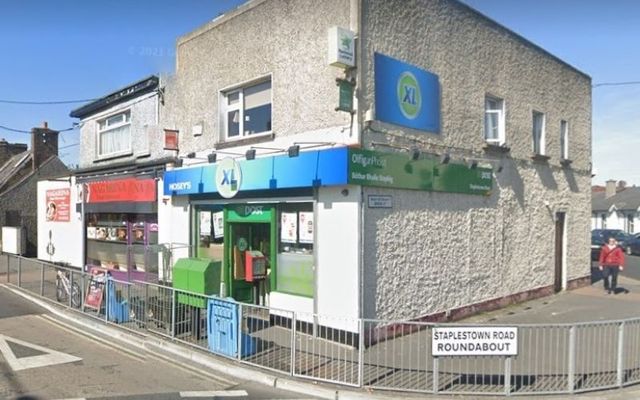 Declan Haughney, 40, claims his uncle Peadar Doyle, 66, was not dead when he and his pal Gareth Coakley brought him to the Hoseys Post Office in Co Carlow last week to collect Doyle’s pension.

"I wasn’t trying to rob him. I’m not an eejit,” Haughney, who has lived with his uncle his entire life, now tells the Irish Mirror.

“Why would I want to rob my uncle? I’m 40 years of age yeah, I’m not a child, I’m not a young fella. I’m not an eejit to walk into Hoseys with a dead man and collect his money.

The man's nephew insisted that he didn’t realise Peadar Doyle, 66, was dead when he and another man brought him on the five-minute walk from his home on Pollerton Road, Carlow, to the Hoseys Post Office, to collect his pension last Friday morning. pic.twitter.com/nIlFaAIzZ7

The bizarre story from Co Carlow made headlines in recent days. Haughney, who was not arrested for the incident, told the Irish Mirror that he voluntarily made a statement with gardai who were investigating.

On Monday, Haughney served as a pallbearer at his uncle's funeral in Co Carlow. The Sunday World reports that a post-mortem examination carried out last week ruled out any foul play and established that Doyle died within three hours before the incident.

Haughney's pal Gareth Coakley told The Sunday World that Haughney went to the post office on Friday morning to collect Doyle's pension, but the money couldn't be handed over without Doyle present.

Coakley said Haughney told staff that Doyle was sick, "but they wouldn't listen."

Haughney asked Coakley to "give him a hand" and bring Doyle down to the post office, and Coakley obliged.

"And then we sort of had to lift him up and bring him the whole way down to the post office but sure he never even got the chance to get his money," Coakley said.

"He probably died in the post office - at the ice-cream freezer, I'd say that's where he dropped off."

Coakley said that the people in the post office tried to assist Doyle, calling for emergency services and searching for a defibrillator, but it was too late. A relative of Coakley's told The Sunday World that Coakley panicked and left the scene.

Both Haughney and Coakley are frustrated with the rumors circulating about their involvement.

Coakley said: "The papers are saying he was already dead but that's bullsh*t.

"We're hardly going to drag a dead man down the road, for f**k sake. He was still alive, and the autopsy will prove there was water in his system and what time he died."

Coakley added: "I was only doing him a favour by helping to bring his uncle down to get his money. But he died there. I've told the guards everything and people might call me a rat but f**k that. My family's name is being destroyed over this. It's a f**king joke."

Haughney, who previously had a drug problem and served two years in prison, admits he had previously stolen from his aunt, which he says is fueling the rumors behind the sensational story in the Carlow town.

“People know about that in the town you know. But that was 15 years ago. I’m off the gear three years and I’m doing well.”

Haughney told the Irish Mirror that Doyle may have been dead before they even reached the post office, a five-minute walk from their home.

“He [Doyle] was walking like normal and then I reckon he died,” Haughney said.

“This is no word of a lie, he started dragging his heels from you see the yellow sign that’s there? But we didn’t even think of it as anything. We were grand like then all of a sudden he started going all slumpy.

“We thought nothing of it because Peadar had had heart attacks and all.”

Haughney said: "Why would I try to rob my uncle’s money when I’m living in the house with him and we’re sharing the bills?”

He added: “He’s my uncle. The man who reared me. I’m shellshocked. My heart is torn in two.”