Irish man Daniel Slattery was killed while another Irish man, Robert Sweeney, was critically injured in a car crash in Hillsboro, Oregon in the US on July 3. 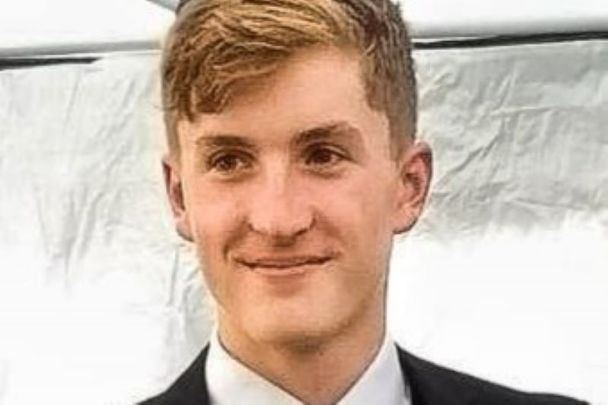 Dublin native Daniel Slattery was understood to have been working in the US at the time of the fatal accident in Oregon on July 3. Facebook

Police in Hillsboro, Oregon have confirmed the names of the Irish men involved in a horrific crash that occurred in the suburbs of Portland in the early hours of Sunday, July 3.

Slattery is a native of Rathgar in Dublin, while Sweeney is from Crumlin, also in Dublin.

"The family of Daniel is in the United States currently to bring Daniel home," the police station said on Wednesday.

No other information is being released as investigations are ongoing, the police station noted.

On Sunday, July 3, Hillsboro Police said that at about 4:30 am, they responded to a report of a rollover, single-vehicle crash near Tanasbourne Drive and Stucki Ave. When officers arrived, they discovered the vehicle on its top and fully engulfed in fire.

One passenger was deceased, while the other was extricated by officers and transported to a local hospital with potentially life-threatening injuries, police said on Sunday.

Tributes have now begun to pour in for 23-year-old Slattery.

In a public post, Slattery’s Pub in the Beggar’s Bush area of Dublin said that Slattery worked part-time behind the bar for the last six years while he was a student.

“He was a most pleasant, friendly young man who was always good fun,” the pub said.

Slattery’s Pub, who said that funeral details will be announced soon, added that Dan is the son of Martin & Eilís; brother to Laoise, Ana, Maebh, Cate, Aoife, and Nuala; nephew of Irial Slattery, proprietor of Slattery’s.

It is with great sadness that we learnt of the death of Dan Slattery in a car accident early last Sunday in the US. Many of you will know Dan from working p/time behind our bar for the last 6 yrs while a student. He was a most pleasant, friendly young man who was always good fun. pic.twitter.com/9oSO0E2Cc6

"Dan was magic,” Irial Slattery told The Irish Independent. “He was a gentle, very easy-going, thoughtful young man who will be very sadly missed.

"Everyone is devastated - his parents, his sisters, all the family. We're all shell-shocked. No one has ever shed so many tears."

Elsewhere, De La Salle College in Churchtown, Dublin paid tribute to Slattery, who graduated from the school in 2017.

We were saddened to hear that Daniel Slattery (Class of 2017) has tragically passed away, Dan was involved in a car accident in Oregon, on Sunday last.The whole De La Salle College Community extend our sincere condolences to Dan's family at this unbelievably sad time. #WeAreSalle pic.twitter.com/Qv0lCq3sBs