Corpse in a post office: Man charged with deception and shoplifting

Declan Haughney has already been charged with deception in relation to two alleged attempts to withdraw his dead uncle Peadar Doyle's pension from Hosey's Post Office on Friday, January 21. 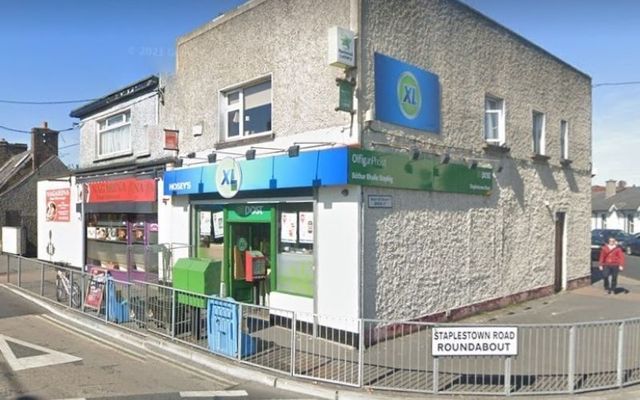 A man accused of bringing his dead uncle's body to a Carlow post office in order to collect his pension has been further charged with shoplifting.

Declan Haughney, 40, of Pollerton Road, Carlow, has been charged with deception in relation to two alleged attempts to withdraw his uncle Peadar Doyle's pension on Friday, January 21 at Hosey's Post Office on Staplestown Road.

He appeared before a sitting of the Carlow District Court on Wednesday where he was further charged with the alleged theft of groceries from the Rath's Londis Plus store on the Pollerton Road on January 16.

The court heard that Haughney made no reply when he was charged with the alleged offense outside the courtroom at 11 a.m. on Wednesday.

Judge Geraldine Carty remanded Haughney in custody, with consent to bail, subject to a number of conditions.

The accused must remain intoxicant-free, obey a curfew of 9 a.m. and 9 p.m., and sign on three times a week at Carlow Garda Station. He must also be contactable at all times and must refrain from visiting Hosey's Post Office.

The court heard that the accused was not in a position to cover the cost of bail at present and he was therefore remanded in custody until bail can be paid.

Haughney will appear again before the Carlow District Court on February 23.

The alleged offense took place five days before Haughney and another man allegedly carried his uncle's body into Hosey's post office in an attempt to claim his pension.

Haughney and another man returned a short time later and appeared to be propping up Mr. Doyle.

A woman who was in the post office at the time became suspicious of Mr. Doyle's movements and alerted staff. Staff immediately contacted emergency services and no money was handed over.

Both men have claimed that they did not know that Doyle was dead when they entered the post office.

Haughney told the Irish Mirror that his uncle died in the post office, adding that his body became heavy and "slumpy".