Ireland could be struck with nine waves of COVID-19, says scientist

Ireland could have to endure nine waves of COVID-19 before it reaches herd immunity, according to new research led by Irish scientist Dr. Rosalyn Moran in London. 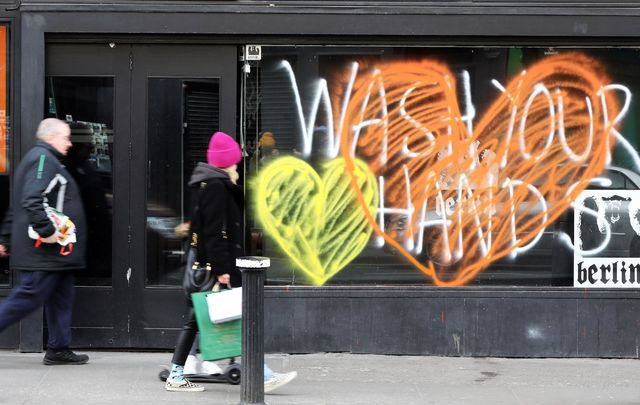 Ireland could have to face nine more lockdowns during the COVID-19 pandemic. RollingNews.ie

Ireland could have to endure nine waves of the COVID-19 pandemic before it reaches herd immunity, according to new research led by an Irish scientist in London.

It will take at least three cycles of infection before 60% of the Irish population will be infected with coronavirus, sufficient to provide herd immunity, according to Dr. Rosalyn Moran at King's College in London.

However, one of Dr. Moran's models found that it could take up to nine waves of coronavirus - each with its own lockdown - before 60% of the Irish population has been infected with the virus.

She said: "Thinking very basically, just repeating the process we've done, which probably isn't where we want to go, those lockdowns would all be a couple of months each. It could take us 18 months basically by the time we have promised the vaccine to have done these cycles."

"None of this is a forgone conclusion, but the worst-case scenario is that this could go on for the next year or two years."

Speaking on Today With Sean O'Rourke on RTÉ Radio One, Dr. Moran said that this is only one potential scenario and that it would only arise if Ireland went back to how it was in February when fewer people observed social distancing and there were no stringent restrictions in place.

She said that current measures allowed the Irish healthcare system to keep COVID-19 cases at a "manageable level," which enabled it to isolate cases. She said that this could avert further waves and cycles of the virus.

Dr. Moran said that nothing is concrete about her modeling analysis and added that Ireland needed to replicate measures introduced in South Korea in order to combat further waves of the virus.

South Korea's testing and contact tracing have been virtually unparalleled throughout the world and it has less than 2,500 active cases of the Coronavirus despite being one of the first countries to experience an outbreak.

The issue of herd immunity has proved to be extremely contentious during the COVID-19 pandemic. In theory, infecting a sufficient number of people in a country will slow transmission of the virus because more people are immune to it than not.

However, the British Government came under heavy criticism for pursuing a strategy of herd immunity in the early stages of the outbreak and WHO scientists recently said that they have no proof yet of immunity to the virus in recovered patients.

Dr. Moran's analysis found that Ireland is currently at its peak during the current COVID-19 outbreak and estimates that the eventual death toll will be between 1,008 and 1,250 people.

At the time of writing, 15,251 people have tested positive for COVID-19 in Ireland and 610 people have died. Sunday's figures of 493 new cases and 39 new deaths were significantly lower than recent tallies.

The Irish scientist estimates that between 6% and 17% of the Irish population will be affected by the virus during the current outbreak, far lower than the 60% required to reach potential herd immunity. As a result, a large portion of Ireland's population will remain without immunity when this outbreak is at its end.

Dr. Moran's analysis estimates that this current outbreak of COVID-19 will end in mid-June and that active cases will be below 1,000 in May.

It is important, therefore, to prevent further outbreaks by continuing to observe social distancing and by keeping some Government restrictions in place until the pandemic is over.

Irish Minister for Health Simon Harris took a similar stance and said that he was worried that there was an "air of complacency" creeping into Irish society about the virus.

In a video posted to Twitter on Sunday evening, Harris said that the progress Ireland had made was fragile and he said that it would not take much to reverse it.

"I can't have a situation where all the amazing work you've done is undone in these two weeks. So please, keep at it and stay home. That's how we're going to save lives," Harris said on Twitter.

Read more: Irish pubs may not reopen until 2021, government warns