Cork woman selected for first civilian spaceflight around the moon

Rhiannon Adam, 37, a photographic artist from County Cork, has been selected as one of nine astronauts for the upcoming dearMoon project, which is financed by Japanese billionaire Yusaku Maezawa. 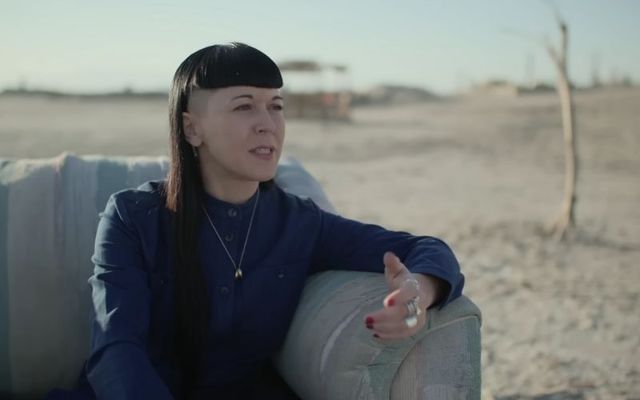 A Cork woman has been selected to travel on the first civilian spaceflight around the moon.

Rhiannon Adam, 37, a photographic artist from County Cork, has been selected as one of nine astronauts for the upcoming dearMoon project, which is financed by Japanese billionaire Yusaku Maezawa.

The dearMoon spaceflight will see eight members of the public join Maezawa in space onboard a SpaceX craft, which will fly to the far side of the moon before returning to Earth.

All eight civilians chosen for the spaceflight are artists and creatives and Maezawa hopes that the trip will inspire them in the creation of future artwork.

The eight passengers will exhibit artwork inspired by the trip when they return to Earth.

The trip is expected to take place in 2023 and will last seven days.

Adam told the dearMoon YouTube channel that she applied for the project because she was craving a "life-changing adventure" during the Covid-19 pandemic.

"In the middle of the pandemic, we were, of course, all grounded, which was incredibly frustrating for me as I felt that I’d lost my purpose," Adam said.

"But then, while idly scrolling Twitter, I came across dearMoon, and it seemed like the most epic, and life-changing adventure."

She added that she had spent much of her career working with remote communities and said it made sense to study the "most remote community ever" in space.

Adam said she "cried with excitement" when she was told that she would be joining the project.

She added that the first emotion she felt was fear after finding out she would be part of the dearMoon project, explaining that she values anonymity and fears the life-changing nature of the project.

Adam said she believes the project will bring about a number of personal and professional changes in her life and described it as "an impossible dream coming true".

She added that it is an "incredible honor" to become the first Irish person to go to space.

SpaceX, the company owned by billionaire Elon Musk, is building the spacecraft for the dearMoon project. The company has previously conducted several "hop tests", which involve prototype spacecraft flying a few kilometers above the Earth.

SpaceX is developing a 50-meter-long projectMoon spaceship for the trip, which will be propelled into the air by a 69-meter-long rocket booster.

The company has not yet announced when the spacecraft will be completed.