Dramatic scenes as house catches fire in one of the largest electrical storms seen in Ireland in recent years. 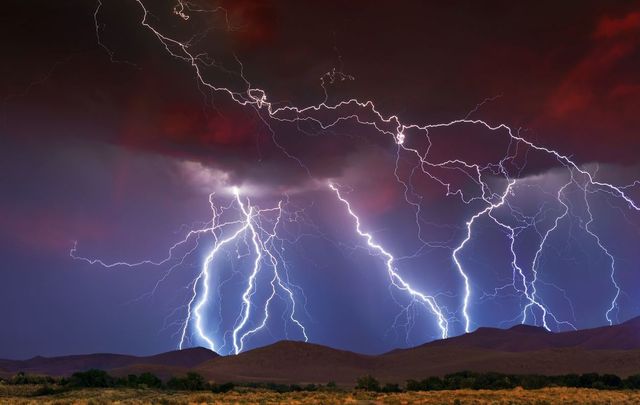 Cork family have close shave and home is struck by lightning. iStock

Dramatic scenes as house catches fire in one of the largest electrical storms seen in Ireland in recent years.

A family, with two young children, in County Cork managed to escape from their home which caught fire having been struck by lightning in during on the biggest electrical storms witnessed on the south coast of Ireland on Sunday night.

The family from Ballymacoda, south of Castlymartyr and Youghal, were awakened by a loud “bang” after 1am. The father realized their home had been struck by lightning. He rushed the family, including a toddler and four-year-old to the safety of their neighbors and called the fire brigade.

No one was injured in the fire, thanks to the quick-thinking of the father. The electrical storm was one of the biggest witnessed over Cork, Kerry and Waterford in recent years. It was accompanied by torrential thunder showers, which resulted in localized flooding in some areas.

Have you ever seen the like?! A Cork family made a narrow escape on Sunday in one of the worst electrical storms seen in Ireland. Read more here - http://bit.ly/2J8wpD8