Tony Campion, owner of Silver Key pub in Cork City, was filmed saying that he hoped the pandemic continued for another decade so that he could buy "a place in Barbados". 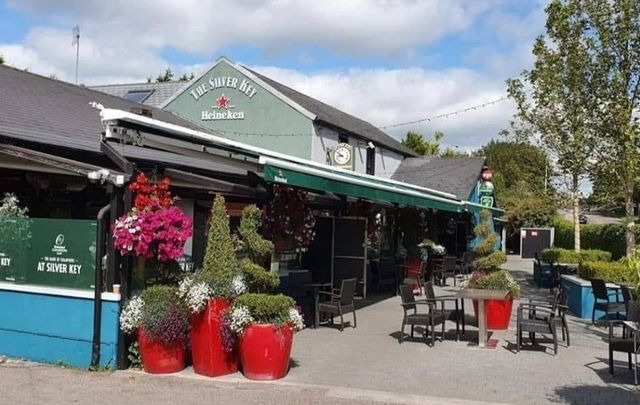 A Cork pub owner has apologized after he was caught on video saying that he hopes that the COVID pandemic will continue for another ten years because of the financial support he receives from the Government.

Tony Campion, who owns the Silver Key pub and restaurant in Cork City, was recently filmed saying that he hoped the pandemic continued for another decade so that he could buy "a place in Barbados".

Campion was filmed telling customers in the outdoor area of his pub that his wage costs have been almost cut in half because he has reduced his staff numbers from 64 to 40 due to the pandemic.

"My payroll is about eighteen and a half K (thousand) per week. It was about thirty-two K a week. And the Irish Government gives me $15,000 back every week in a Government subsidy," Campion said in the video.

The owner of Silver Key Bar and Restaurant Co Cork. Explains why they are silent getting rich with government grants. They are also discriminating and want this to go on for another 10 years. pic.twitter.com/ZC3ZE5IbvJ

Campion apologized in a statement on his pub's Facebook account after the video was widely circulated on social media.

"They say that when drink is in, sense is out and boy has this wise old phrase echoed ever so loudly for me over the past few days," Campion wrote on Facebook.

Campion said that he believed that his comments were drunken banter among friends and said that he "wholeheartedly" apologized for any offense caused.

"Recently, during a private party at my premises, I insensitively bragged about payments relating to Covid. At the time, I believed this to be a bit of inebriated banter among friends.

"Unbeknown to me, however, was that my bravado was being surreptitiously filmed without my consent and that the video would then be later used online as a vehicle to publicly embarrass, humiliate and in some cases, abuse and threaten me.

"I have been under a lot of anxiety and stress since the death of my father and mother-in-law - all happening during Covid. Letting off steam like this was one of my ways of coping with it, although totally inappropriate."