Conor McGregor is reportedly being asked to take a paternity test by a woman who alleges she spent a night with him in 2017 and became pregnant with his child. 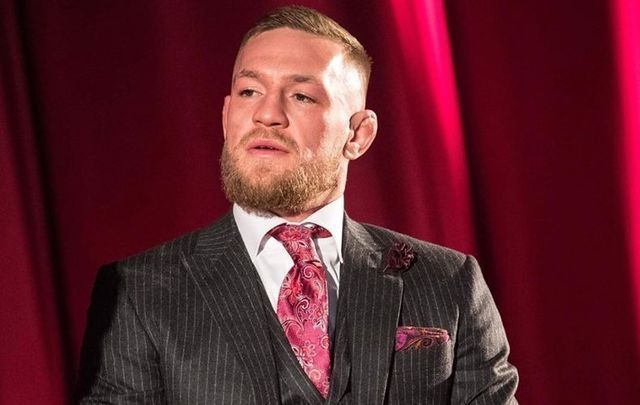 Conor McGregor is reportedly being asked to take a paternity test by a woman who alleges she spent a night with him in 2017 and that the Irish UFC star is the father of her child.

McGregor has strongly denied the allegations and claims she slept with one of his friends instead, RT.com reports.

The alleged encounters are said to have occurred just four weeks before McGregor and his longterm partner Dee Devlin welcomed their first child, Conor Jr.

Terri Murray, 26, claims she slept with McGregor in April 2017 after the MMA fighter had spent a day at the Grand National horserace at Aintree, outside of Liverpool.

Murray had met McGregor at a city nightspot before she and a friend were invited back to the Hilton Hotel, where McGregor was staying.

Murray said one of McGregor’s entourage initially made a move on her.

“I kissed him for a second but did not go near him. He was trying to put his hands up my skirt and I was like, ‘No, no,” Murray told the Mirror.

She then went to have a drink in McGregor’s executive suite, where he was with friends.

“I’ve said to Conor ‘Hiya’ and he has gone ‘I’ve been waiting for you’, and I’ve gone ‘Conor, I never got an acceptable picture with you before, can I get a picture with you?’

“And he put his arm round with me and walked me into the (bed) room.

"In the room was an ensuite bathroom and he’s gone ‘Baby, I’ll give you a home movie never mind a picture’.

"I was laughing and looking in the mirror and he has got his arm around me and I’ve gone to take a photo.

"Then I’ve thought, well, Conor McGregor! I know it is bad, he has got a girlfriend, but I wasn’t thinking about that. I just started kissing him back.

“I remember saying, ‘Have you got a girlfriend?’ and he said he had been on and off with this girl for years.

"We slept together. To be honest there was no sleep, we were not sleeping, do you know what I mean?”

Murray said neither of them used contraception.

She claimed he later said: “Imagine if you were pregnant to me, you would be set for life. You would have the golden ticket.”

Murray said she contacted her again two days later and they had sex a second time.

She said she messaged McGregor after discovering she was pregnant but did not receive a reply. Murray said she has been in touch with his friends.

OMG poor Dee ?, these babies do look very similar?. I so hope it's not true cos I really loved their love story n would hate to think he's cheated #Notorious #McGregor #ConorMcGregor #mcgregorbabyscandal pic.twitter.com/lwTGwgsrEo

Murray, who is now the mother of one-year-old Clodagh, says she is not looking for financial gain from McGregor.

She said: “I don’t want his money. I just want to prove he is Clodagh’s dad and I’m not lying.”

RT.com reports that she filed child maintenance documents last year which named McGregor as the “respondent.”

Murray claims that as a single mother, she has been forced into going public with the allegations.

“It has got to the point, I’m living with my mum, on my own, with no job, with a baby, I’m struggling, it is harder than I thought it was,” she said. “I wish we could have sorted it out privately. I don’t know why he let it come to this.”