The Blanchardstown District Court heard that McGregor is accused of dangerous driving at two different locations in Dublin on March 22. 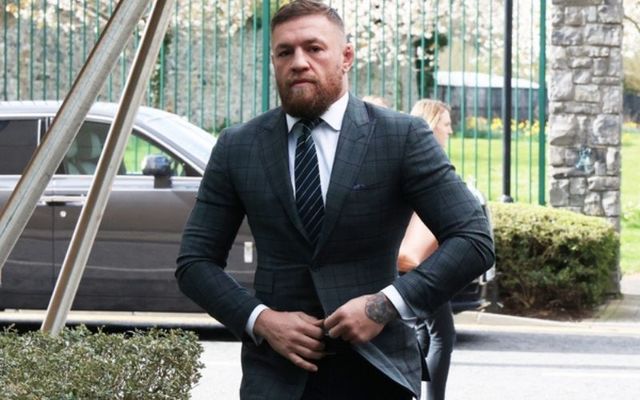 Michael Staines, McGregor's solicitor, told the court that his license and insurance had been presented to Lucan Garda Station on Thursday morning.

McGregor drove to court on Thursday morning in a Rolls Royce accompanied by a security detail. The UFC star sat in the dock during the short hearing and did not speak throughout.

McGregor was initially charged with two offenses of driving a 2019 Bentley in a manner that was dangerous or likely to be dangerous to the public.

The alleged incidents took place on the Lucan Road and at the N4/M50 Interchange in Palmerstown.

McGregor made no reply to the charges.

However, Staines said that McGregor had shown copies of his license and insurance on Thursday morning.

McGregor spoke to reporters outside the court, stating that he is ready to go "straight back" to training.

"I am going straight back in, and I am looking forward to getting back into it," McGregor told reporters.