A $1 million grant from New York state has been given for the development of an Irish Cultural Center in Utica. 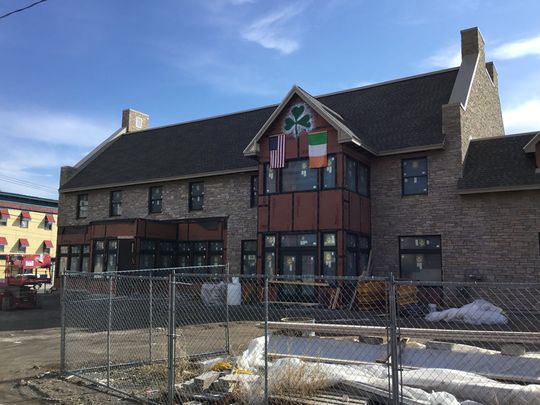 A $1 million grant from New York state has been given for the development of an Irish Cultural Center in Utica.

The center, which is expected to be completed this fall, is currently under construction at 623 Columbia St. The 21,211-square-foot building will house an authentic Irish tavern restaurant, an event center with seating for more than 300 people, and an Irish heritage museum, as well as other amenities.

Read More: Toronto Irish seek to honor victims of the famine with a new cultural center

On Thursday, State Sen. Joseph Griffo (R-Rome) announced that he had secured the funding for the center, the Observer-Dispatch reports.

“The Irish Cultural Center of the Mohawk Valley, once completed, will help to highlight the rich diversity and history that make up Utica and the Mohawk Valley,” said Griffo. “This center has the potential to be a major attraction in the city and to attract residents and visitors from the region and beyond.”

It was my pleasure to announce that I secured $1 million to help with the construction of the Irish Cultural Center of the Mohawk Valley in Utica. The center should be completed by the fall & has the potential to be a major attraction. https://t.co/HYanYblxCQ

The project has run into a number of challenges since work on the center began in 2011. Construction on the project, which was stalled for five years, began again in 2016, when $2 million was secured from M&T Bank.

The estimated cost of the project was reported last year to be nearly $2.5 million. Vaughn said that the costs were higher than that, but declined to offer a total project estimate.

“Now we’re at the finishing level,” Lang said. “The actual cost is going to be meaningless when it comes down to what this center is.”

A portion of the $1 million grant will go towards getting the upstairs Irish heritage museum started, which Lang says will also highlight the history of the Mohawk Valley.

He said: “This is for all — not just for those in Utica, but for the entire Mohawk Valley. This is going to be here for hundreds of years.”