Poignant movie on Boston Irish Rocky to be released in US

“Rocky Ros Muc” will have its release in New York 33 years on from the night Connemara-born Sean Mannion fought for the WBA World Junior Middleweight title in Madison Square Garden. 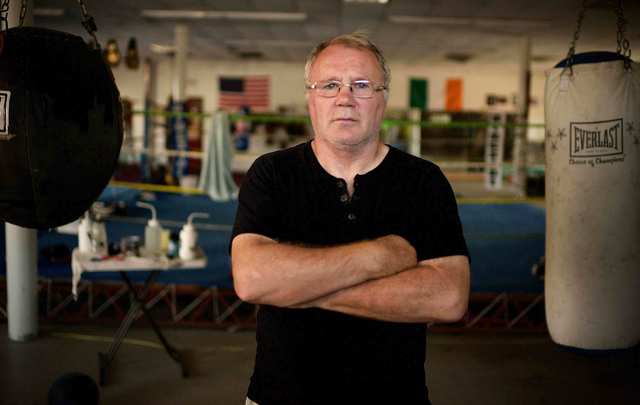 After winning Best Documentary award at the Irish Film Festival, Boston, the movie on Irish boxer Sean Mannion will be released in the US.

Back in October 1984, Co. Galway boxer Sean Mannion appeared in front of a packed MSG to take on Mike “The Bodysnatcher’ McCallum in what could be regarded as one of the largest boxing events in the US to feature such strong Irish involvement until one Conor McGregor came along.

In front of a sold-out audience and an audience of millions watching on TV throughout the world, Mannion was regarded as an Irish hero, proudly featuring his home of Ros Muc branded across his green shorts.

Mannion himself has become something of a forgotten Irish fighter, however, whose rise to fame in the US has still left him as a relatively unknown figure in his native Ireland.

It had been far from smooth sailing for Mannion since the Connemara native traveled across the Atlantic to settle in South Boston, rising from humble beginnings in the Galway Gaeltacht to find himself boxing in America after hours spent on a construction site, involved with some who had links with notorious Boston Irish criminal Whitey Bulger.

A poignant story of the Irish in America, “Rocky Ros Muc” was originally the title of a Ronán Mac an Iomaire biography of the Irish boxer before Below the Radar sought to bring this story of the harsh reality of emigration and its impact on Irish identity to moviegoers.

“With standing ovations and sold out screenings, we’ve been overwhelmed by the response to the film and delighted that Sean Mannion is getting the wider recognition he deserves. I’m sure audiences in America will have the same reaction.”

The "Rocky Ros Muc" documentary will be shown in New York, LA, and Boston

The Stars and Stripes and Tricolor both shown proudly in "Rocky Ros Muc". Image: Below the Radar.

Making its New York premiere on Friday, October 6, at Cinema Village, New York, and screening all week, audiences in Boston and LA will also get a chance to see the film at the Regal Fenway 13 cinema in Boston and Laemmle Music Hall Theatre, Beverly Hills.

“I’m so happy that the film will be shown in cinemas in America,” said Mannion, who will journey to New York from his home in Boston for the first screening.

“I was never nervous ahead of a big fight but I’ll be nervous about people seeing this film. Things like this make me nervous.”