Peter Dolan, the owner of Creation Travel in Limerick City, has died in Florida after COVID-19 struck the Zaandam cruise ship he was traveling on. 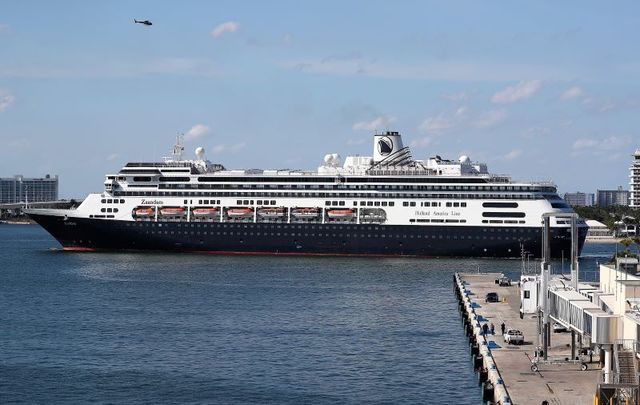 Peter Dolan, a businessman from Co Limerick, has died in Florida from COVID-19 after contracting it on the Zaandam cruise ship.

Peter Dolan was the owner of travel agent Creation Travel on Lower Cecil Street in Limerick City, with a specialist office in Portugal. He and his wife Caroline O’Connor were midway through the extended cruise when a number of passengers, including Dolan, became ill with the virus, The Irish Sun reports.

The cruise, which was set for South America, had to terminate its voyage in Fort Lauderdale, Florida. Around 10 Irish citizens were on board the liner, which had 1,243 passengers and 586 crew members.

Dolan, a father of two, was transferred to the North West Medical Center in Margate, Florida, but passed away last week. His family are making arrangements to return his body to Ireland.

Tributes were paid to the popular businessman, who had previously worked with Aer Lingus.

"He was the type of guy who if you met at a function you'd go home laughing.

He added: “He was a very popular guy, very involved in sport, he loved Munster. He was also a big cricket fan. Occasionally, there would be hospitality events tied up by Munster Rugby, Peter would be at the heart of all that action. He was a good guy to be with, great company, and a successful businessman as well.

Former councillor Michael Hourigan, a neighbor of Dolan, who lived in the North Circular Road, said: “To lose a loved one especially after enjoying the holiday of a lifetime is all the more difficult. He was a lovely man."

Peter Dolan is survived by his wife Caroline O’Connor, daughter Anne-Marie O’Byrne, and son Martyn Dolan. He also leaves behind his son-in-law Cathal, daughter-in-law Clair, his brothers Frank and Tom, sisters-in-law Deirdre, Babs and Damien, his brother-in-law David, and Tine, the mother of Anne-Marie & Martyn, as well as many friends in Ireland and Portugal.

According to the Limerick Leader, he will have a private funeral due to COVID-19 restrictions, but a celebration of his life will take place at a later date.