When ICE began raiding local businesses, school officials in O'Neill, Neb., contacted people in the town’s Latino community to let them know that the elementary school would be open as a place of sanctuary. 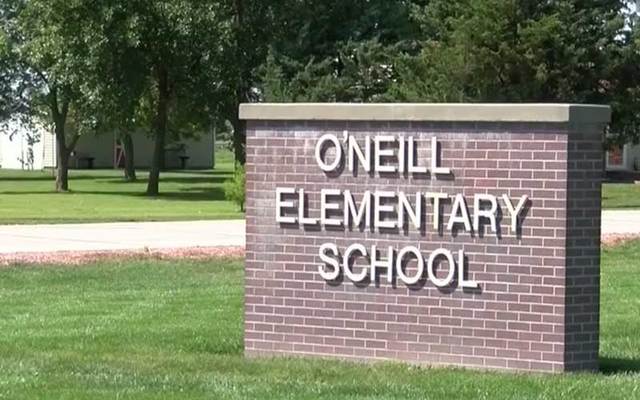 A school in O’Neill, known as 'the Irish capital of Nebraska', offered sanctuary to immigrant families during recent raids by U.S. Immigration and Customs Enforcement.

When ICE began raiding the local businesses, school officials contacted people in the town’s Latino community to let them know that the elementary school would be open as a place of sanctuary, reports the Lincoln Journal Star.

Thank you O’Neill Public Schools ( @ONeillEagles)for stepping up to support your students and their families today. This is public education in Nebraska. @NElovesPS https://t.co/F66ClNQT7t

“We just wanted to make sure all of our students knew that school was a safe place, that school loved them regardless of their (immigration) status,” O’Neill Public Schools Superintendent Amy Shane, who estimated 60 to 80 families were affected by the raid.

Read More: What you can do to tackle Trump’s zero-tolerance immigration policy

About 12 to 15 students showed up. Many of them were dropped off by their parents who needed to find out what was happening with other family members. The students were greeted by teachers and other school staff.

“This is just rocking our families,” said Shane. “These are good people. These are solid families that are being torn apart right now.”

My ❤️ hurts for all the families in O’Neill right now — especially the little kids. I can’t imagine how this doesn’t impact everyone.

Science teacher and wrestling coach Bryan Corkle was at the school preparing for the first day of classes when the raid started. He noticed a helicopter circling a business and assumed authorities were looking for people on the run.

“As I’m looking at that scene, at that moment, I thought to myself 'This isn’t the story. We’re a proud community of Irish immigrants that value our people ... we want our voices heard in this as well.'”

I had a friend of mine tell me at the Rally today in O'Neill, "I should not be here because I am a conservative." I said, "NO, you SHOULD be here because you are a human." #WeAreONeill

Corkle said he and some others organized a rally on the courthouse steps and 75 to 100 people showed up. The community has also shown their support for the immigrants on social media with the hashtag #WeAreONeill.

Shane said that the school will be open as long as people need it.

“We’re trying to be a clearinghouse for information for students and their families,” she said. “This is a horrifically traumatic event in a child’s life.”

The Ohama World-Herald reports that 133 workers in Nebraska and Minnesota were detained during the raids as well as 17 employers and other individuals connected to an alleged conspiracy to exploit illegal labor for profit, fraud and money laundering. The operation was described as one of the largest in Homeland Security Investigations’ history.

Corkle said he is tired of the inaction of Congress on immigration reform.

“I’m so frustrated by our representatives in Washington, D.C.,” he said.

“We can’t continue to wring our hands and kick our can down the road and speak harshly about following the law.”