O’Neill Gathering Planned for Nebraska in 2021

Ancient Clan O'Neill group to host a ‘Cead Míle Fáilte’ to other members of the clan in the city of O'Neill, Nebraska, in 2021 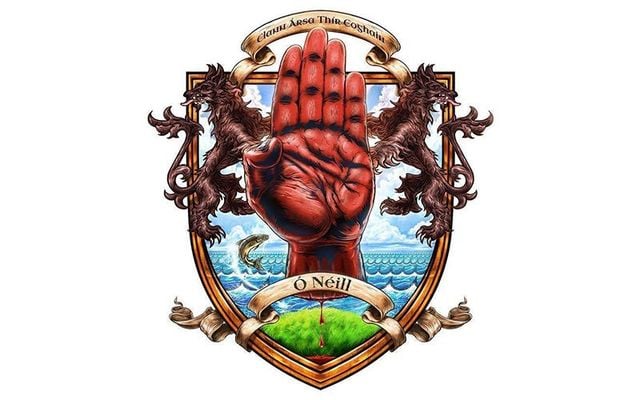 Ancient Clan O'Neill group to host a ‘Cead Míle Fáilte’ to other members of the clan in the city of O'Neill, Nebraska, in 2021

Whilst many members of the O’Neill diaspora are increasingly returning to Ireland to research their genealogy, history, and culture; an exciting international ‘Gathering’ of O’Neills is already in the planning stages.

Preparations for this ambitious project – scheduled to be held in the aptly named city of ‘O’Neill’ in the Midwestern state of Nebraska – are well underway.  Our group, known as Ancient Clan O’Neill, have developed the idea of offering a ‘Cead Míle Fáilte’ to other members of the clan.

The group’s official name - Ancient Clan O’Neill of Tyrone - refers to the land of Eoghan which encompassed Inishowen in Donegal, all of the modern counties of Derry and Tyrone and a portion of Armagh. The idea for the ‘Ancient Clan O’Neill’ materialized in late 2011 and our website was launched on St. Patrick’s Day the following year. The membership soon grew rapidly - and included people from throughout Ireland, Britain, U.S., Canada, Australia, and New Zealand.

As a fledgling organization, we wanted people to fully understand that we are not a political organization and introduced the ‘100’ rule which means no Irish politics of the last 100 years would be discussed on our website.  We pointed out to our membership that although we deemed this period of our history as one of the most important, there were other platforms in which to debate it.

We are a non-profit making organization and we don’t charge membership fees or advertise on our website. Over the past two years, the structure of our organization has changed, and we now have an Ulster committee and four branches in the United States, all coordinated by one member overseas and one in Ireland.

According to Brehon law, we believe that all O’Neill families, whatever country they reside in, have a rich history and see them all as an intrinsic part of the great O’Neill clan.

We as a clan respect and recognize all O’Neill coats of arms but decided to create a crest that all O’Neills, Neills, Neales, Neals and all the many spellings could claim as their own. There is some argument as to which was the original hand - left or right – so we decided to go with the ancient and pre-Christian left hand.

Guardian of the O'Neill Clan

The Chief of the O’Neill clan was always titled ‘The O’Neill’, but we believe this title should be consigned to the past. We see ourselves as guardians of our clan history, culture, and costumes. We, therefore, decided the people who would represent the O’Neill clan would be a governing body, and they would serve a three-year term to be elected and re-elected to their office.

The O’Neill clan has not been this strong for 400 years, so we are proud to encourage a better understanding of our heritage, and ask every O’Neill to come and play their part. You can simply be an O’Neill representative for your area and touch base with the committee from time to time. We are here to help educate each other about our history and genealogy - we want all O’Neills and all the variant spellings of the name to record their family stories/history for future generations.

Read more: Who are the most famous O’Neills?

Our achievements to date:

- Connecting O'Neills from around the world

- The creating of a new O'Neill crest, that O'Neills and the different variants, i.e Neal, Neill, Neil, O'Neil, etc. from all around the world can claim as their own.

- Getting involved in the local community by restoring old cultural events and creating new ones.

- Running an annual event at Tullaghoge/Tulach Óg, the historic crowning place of the O'Neill

- Presenting the O'Neill crest to Pope Francis in St. Peter’s Square in 2017, being hosted by the Irish ambassador in Rome, and a special mass in San Pietro in Montorio church to honor Hugh O'Neill - the Earl of Tyrone who departed Ireland in 1607 during ‘The Flight of the Earls’.

In the last two years, the Ancient Clan O'Neill has been involved in the Cross-Border Peace 4 project in Ireland. This has brought together groups from Mid-Ulster and County Donegal to highlight places of historical interest, and in the process keeping alive our culture and heritage.  In 2018 the Ancient Clan O'Neill held a special event that illuminated the two ancient forts of Grianan of Aileach and Tulach Óg with dance music and song.

These elements have successfully laid the foundation for the much bigger event in 2021 when the Ancient Clan O'Neill will hold the aforementioned international gathering in O'Neill City Nebraska. This venue is hugely symbolic as it is named after its founder, John O’Neill, from Clontibret in County Monaghan. He brought settlers to Nebraska during the 1870s but had previously served as a Colonel in the United States Army. Nowadays, the city of O'Neill lays claim to housing the world's largest permanent shamrock.

We ask for anyone interested in joining the Ancient Clan O’Neill and how to participate in this contemporary Gathering of the O’Neills in 2021 in Nebraska to contact us for further details.

Read more: Newly discovered megalithic monument in Ireland unlike any other to date