The Arkansas parade might be the world’s shortest but it still attracts 30,000 people. 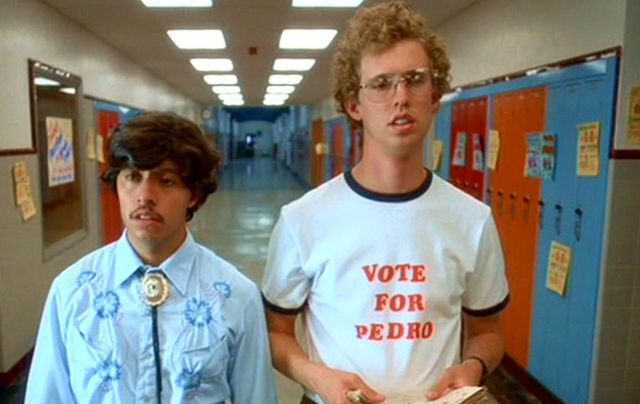 Arkansas parade might be the world’s shortest but it still attracts 30,000 people

An actor who found fame in the movie “Napoleon Dynamite” is set to star as the starter of the world’s shortest St Patrick’s Day parade.

Jon Heder won MTV Movie Award for Best Musical Performance and Breakthrough Male Performance for his role in "Napoleon Dynamite" as a nerdy teenager who helps his friend pull off a shock victory to become class President.

Now Heder has the honor of being the starter of the world’s shortest St. Patrick’s Day parade, which measures just 98 feet!

The St. Paddy’s Day parade in Hot Springs started, according to its website, with the question of “how to use Bridge Street’s 98-foot length to attract visitors to Hot Springs.” The answer was a St. Patrick’s Day parade. Established in 2003 the parade now attracts up to 30,000 visitors.

Usually the parade lasts an hour. It takes place after work on the big day itself – although the website is keen to stress that the revelry continues long after everyone has marched.

"Jon's personality will fit right in with the atmosphere of fun that is the hallmark of our great little parade," Steve Arrison, CEO of Visit Hot Springs, told the Hot Springs Sentinel Record.

When he’s not helping out at the world’s shortest St. Patrick’s Day parade, he's acting and has starred in notable films such as, "The Sasquatch Gang," and, "Just Like Heaven." Heder is married with four children.