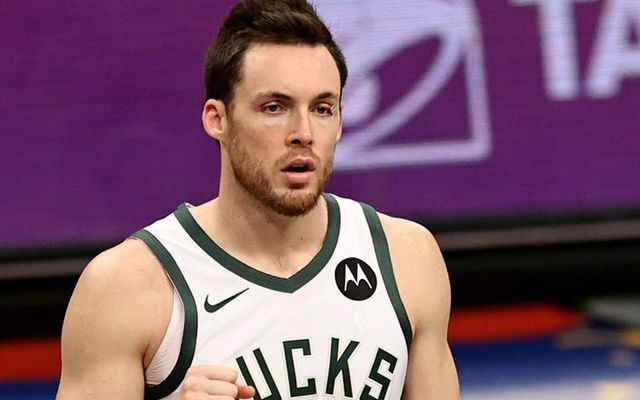 The Milwaukee Bucks team claimed their first NBA Championship in 50 years with a 4-2 play-off series victory over Phoenix Suns last week in Wisconsin.

Connaughton, a Notre Dame graduate whose paternal grandparents come from Galway and who holds dual American and Irish citizenship, has previously expressed a desire to represent Ireland.

On Wednesday, Ireland men’s basketball head coach Mark Keenan revealed he had been in extended talks with the 28-year-old Massachusetts native, reports The Irish Examiner.

“We have had communication with Pat over the past two years,” said Keenan, when he announced a 12-man squad for next month’s European Small Nations at the National Basketball Arena on Wednesday.

“He couldn’t play for the team last year, because of the contractual obligations he had with the Bucks wouldn’t allow it.

“But he was going to come over and do some promotional stuff and camps, things like that, but that didn’t happen because of (COVID).

“But we haven’t ruled out Pat from getting involved in the future. He has had other things on his mind, just won an NBA championship, which is fantastic for him.

“In the communications we have had with him in the past couple of years, he has been very positive and he would love to be involved at some point. So hopefully.”

Last year Connaughton said: “For me, I would love to play for the Irish national team at some point."

“There are some things under NBA contract and team contract that I have to abide by, but the hope is I can with my team, my ownership, my general management and some day, be a part of that Irish national team," he said, according to Extra.ie.

“And hopefully, be more than that. Hopefully not just play for them, but try to be an ambassador for basketball in Ireland. Run camps and clinics over there, help make the sport that little bit bigger, so that that Irish team can compete at the highest level and continue to grow the sport in the country.”