Calling all redheads! Be sure to check in with new research hoping to track the spread of red hair worldwide. 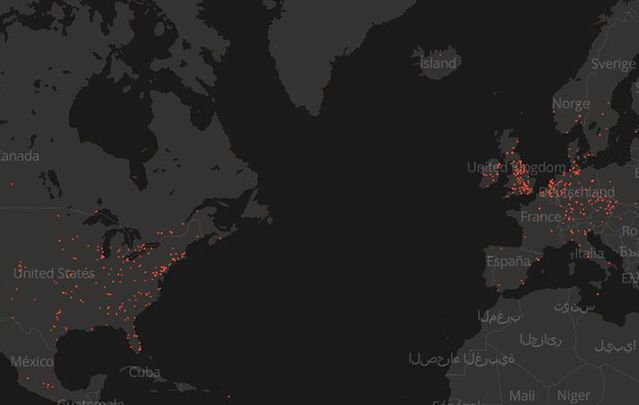 Calling all redheads! Be sure to check in with new research hoping to track the spread of red hair worldwide. redheadmap.com

We will now officially know which country has the highest percentage of redheads, thanks to the Redhead Map, a project from MC1R Magazine which aims to pinpoint every single redhead in the world.

You may remember MC1R as the very first magazine devoted to redheads. It was started by Germany-based Tristan Rodgers in 2015. Building on the success of the flame-haired readership, the magazine is now working in collaboration with location-based technology specialist onbyrd, Redhead Days and Ginger With Attitude to find more accurate figures on the number of redheads worldwide.

It’s believed that 0.6% of the world’s population has red hair (this jumps to 10% in Ireland with thanks to our cloudy climate), but with the help of onbyrd, the new map will track the percentages for every nation in the world and give a better estimate of how many people on the planet share the red-hair causing MC1R gene mutation.

Anybody with red hair, anywhere in the world, is asked to submit their location, age, and sex (which will only be used for these research purposes) so the map can track the spread of this extremely rare hair color.

“Afterwards we can see the movement of all redheads with the locations on the map. The history of wanderings and cultural migrations between countries may reveal some interesting facts we’ve never heard about before,” their website reads.

“I don’t know, I wouldn’t think it all wrong,” said Rodgers of the data that already exists, “but why shouldn’t we use the chance of the internet to get some more data about this.”

“I’d love to see if we can get some recent estimates about where all redheads live worldwide. Maybe it could be possible to backup some theories or smaller researches so we can work with them together.

Although the project is now just a few days old, the map has already seen check-ins from countries such as Vietnam, Argentina, South Africa and Singapore. The hope is that they will locate redheads in other unexpected countries once word spreads to all parts of the world.

“For me personally it’s important to support the networking around the 'Redhead Days,' so these peaceful festivals and gatherings can grow more with a better communication between the redheads,” Rodgers continued.

“The Redhead Days and Irish Redhead Convention are already supporting this project. I think we all can get an additive value of information out of this.”

The magazine already works closely with the Irish Redhead Convention, which will convene for the 7th time next weekend in Crosshaven, Co. Cork. Running between August 19 and 22, the convention will elect its king and queen while raising money for the Irish Cancer Society.

If you’re a redhead, you can help the research at http://redheadmap.com or send the map onto all you red-head friends.