Magnet of Dublin is just too strong

"Dublin has sucked almost all the vitality out of all the provinces outside the old Pale across all the scales of Irish life." 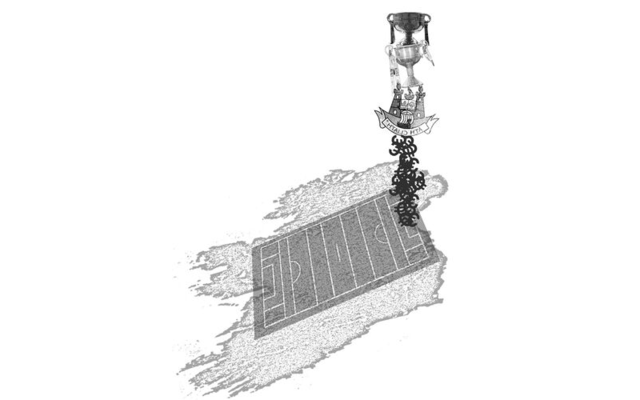 "Dublin has sucked almost all the vitality out of all the provinces outside the old Pale across all the scales of Irish life."

Since Croke Park emptied itself after the peak events of the GAA’s season I’ve been suffering a bad attack of the blues here on this side of the Wild Atlantic Way for reasons which are infinitely more profound and poignant than mere sporting results.

I sadly predicted here for weeks that Dublin’s remarkable male footballers would create GAA history by beating the men from Kerry and winning Sam Maguire for a record fifth time in a row. Within hours of that triumph, which left some of the Kerry players in tears on the pitch, the equally talented Dublin ladies’ team, before a record crowd, won their All-Ireland title again for the third year in a row by humbling Galway. And Hill 16, built from the rubble of the Easter Rising, I’m told, turned blue with the celebrations of the Dublin supporters there.

My own blues, however, as an old countryman, afflict me badly because of the social and economic realities which underpin the sporting results from Croke Park. Truth is that Dublin has sucked almost all the vitality out of all the provinces outside the old Pale across all the scales of Irish life.

The reality is that, for decades, the best and brightest of the rising provincial generations, in order to advance their careers and opportunities, had to leave their homes and locate themselves in the capital city. And that is the situation to this day despite the growth of the lesser cities across the Emerald Isle.

And those young countrymen and women from the small towns and hamlets brought their boots and togs with them, joined the Dublin GAA clubs in numbers, and they, and their descendants, were the players who dyed Hill 16 blue while, concurrently, their home clubs in the drained parishes have either disappeared or have been forced to amalgamate with former bitter rivals.

Dublin's splendid GAA athletes created their incredible records in 2019, sweeping away all before them. And I hereby predict in this space that both teams, male and female, will more than likely repeat their feats in 2020.

Remember you read that here first from an old hack suffering from the blues in a region where many of the once vibrant hamlets and small towns along the Wild Atlantic Way are now palpably showing all the consequences of losing their youthful generations, not just to the global diaspora but to Dublin town itself.

Is that normal evolution on an island like this? When many of ye come home on holidays from time to time do ye see the drastic impact of the blight on the homeplaces that once were the center of community life across the land? I’m so affected by the blues this minute I can only pose the question rather than offer any answers at all.

Myself indeed, as a young reporter from the provinces many years ago now, had to reluctantly move to Dublin to advance my career there. I was following the necessary steps of survival.

Back then I recall living in apartments in areas like Rathmines and Rathgar where about everyone one met was a countryman or woman making the best of things but, significantly enough, going back home at weekends to play their parts in their communities.

And that included filling the GAA jerseys for the struggling home teams in league and championship games. And socializing in the old singing pubs, many of which are now closed down for years. They, really, were community centers for the locals rather than mere pubs.

The stricter driving rules in Ireland nowadays I’m constantly warning holidaymakers about, yes, reduced the road mortality levels nationally, because folk were afraid to drive home from the pubs after even one pint of Guinness for fear of losing their driving licenses, but statistics now prove clearly that the rural suicide rates have increased significantly.

Lonely men tended to drink more at home, to preserve the driving licenses so necessary in remote areas, and too often have fallen victim to depressions of the species akin to my blues just now. Inquest reports in the media, almost weekly, horrifically reveal that too many of them go out to their barns and use a beam and a rope to end it all.

Incidentally, lest any of ye are worrying about me, my personal blues are not of that variety at all! Life is too richly rewarding here in Killaloe in Clare by the banks of the Shannon.

On a lighter note, as per usual, there are indications that we might have all the craic and excitement of a general election hereabouts quite soon. It could be just on our side of the unique border causing all the fuss and bother for Boris Johnson of the Disunited Kingdom, courtesy of Fine Gael. It could even be an intriguing development in the Six Counties.

One way or the other, quite apart from the continuing spate of romantic happenings above in Lisdoonvarna, blazing away merrily for the Matchmaking Festival I recommended to you all recently, there is every prospect of a lively and energizing few months ahead. And there is a bright full moon in the sky above as I reckon I shall take certain steps in the next hour to walk down the road (not drive !) and lubricate whatever remains of my blues.

I’ll assume your full permission for that action. Keep yourselves safe meantime.

Read more: Irish neighborhood named as one of the most exciting in the world