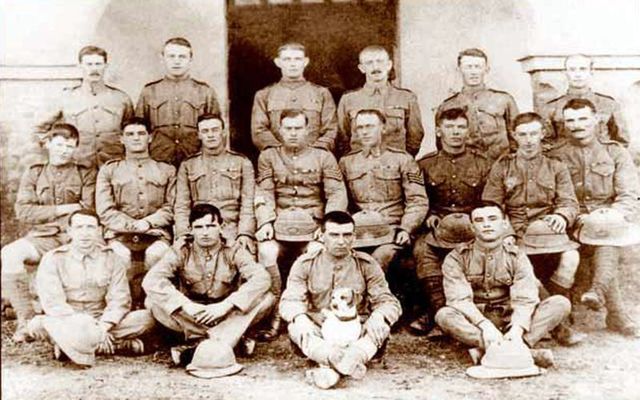 In June 1920 members of the 1st Battalion Connaught Rangers, an Irish regiment in the British army, stationed at Jalandhar in the secluded Punjab region mounted a protest that would reverberate around the British Empire.

Since 1918 when the British Government had unsuccessfully attempted to introduce conscription, the independence movement had been growing in popularity and men had been flocking to the cause.

The intervening years had seen an escalation in IRA activity: President De Valera had escaped from Lincoln prison, the British military authority had introduced a curfew in Dublin ( citizens were ordered to remain indoors and keep their houses in darkness until 6am.), IRA prisoners were on hunger strike in Irish and British jails and on March 25, 1920, The Royal Irish Constabulary special reserve infamously better known as the Black and Tans were let loose on the Irish population.

The protest spread to Solan a remote garrison in the Himalayan foothills close to the Tibetan border where like their Connaught Ranger compatriots the company raised the tricolour and sang rebel songs.

The protesters were enraged by constant reports of brutality by British forces in Ireland. Their demands were simple and were delivered to a very startled Commanding Officer by Private James Daly, a native of Tyrellspass County Westmeath, who echoing the demands of his fellow Rangers at Jalandhar stated that

“They had refused to soldier any longer until the last British soldier left Ireland.”

The following day the peaceful protest at Solan took a decidedly more serious turn when 30 of the company, led by Private James Daly armed with bayonets attempted to retrieve their rifles from the armory resulting in the death of two soldiers -Private Patrick Smythe and Private Peter Sears  - and the wounding of Private Eugene Egan.

In three days, the mutiny was over, following a military trial, 61 men were convicted with 14 sentenced to death by firing squad. With the exception of James Daly, the death sentences would be commuted to penal servitude and eventual “discharge with ignominy.”

Private James Joseph Daly, regimental number 35025, was executed at Dagshal prison in Northern India at 6am on Nov 2, 1920.

After being informed of his fate and the commutation of his fellow mutineers' sentences by a visiting Officer, Daly responded: “I am alright Sir, I am not afraid to die and I am glad that my comrades have been spared”.

One of his fellow conspirators Michael Kearney remarked: “For a week before his execution this brave young man, he was only 22 years old, lived among us, taking part in all our poor pranks and simple pastimes in the prison yard”.

Daly was the last British soldier to be executed for a military offense.

Ireland was Britain’s first colony and Indian nationalists were watching eagerly as the drama for Irish independence unfolded. The followers of Mahatma Gandhi interpreted the mutiny as an example of passive resistance and civil disobedience, lauding the soldiers as anti-imperialist heroes. Ties were cemented between the respective independence movements resulting in the Indian constitution mirroring aspects of the Irish constitution.

"The indirect influence from Irish nationalism on India’s own freedom struggle…must one day take its place in the annals of the two nations."

In 1936, the Dail passed the Connaught Rangers (pensions act) giving some former members of the mutiny entitlement to pensions, gratuities, and allowances thus acknowledging their contribution to Irish independence.

In October 1970 Along with the remains of Patrick Smythe and Peter Seers, James Daly’s remains were returned to Ireland and re-buried with honor.