A new Irish consulate is opening in this Canadian city

The growing number of Irish citizens living there called for the opening of a new office. 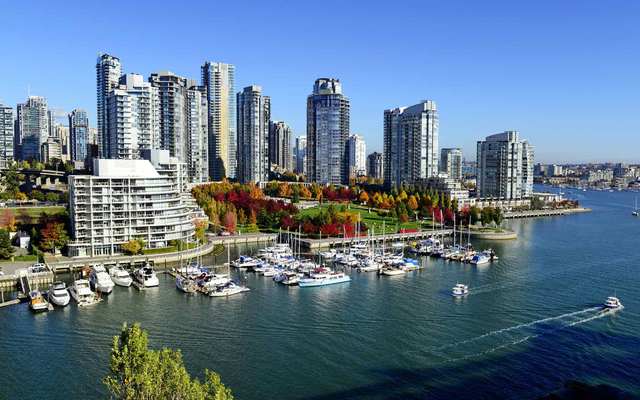 The growing number of Irish citizens living in Vancouver called for the opening of a new consular office there.

An Irish consulate has opened in Vancouver, Canada, as a result of the increasing number of Irish citizens moving there.

Irish Ambassador to Canada, Jim Kelly, estimates that there are now as many as 15,000 Irish citizens living in the Canadian city. There are also a further 5,000 temporary residents who arrive each year on a two-year visa.

Our first shipment to the Consulate General of Ireland, Vancouver. Escutcheon packed by Consul General Designate Frank Flood himself. Check out this video on the making of Irish Escutcheon: https://t.co/kmDsGFVNwd pic.twitter.com/hQVoXnLlMB

“It began during the economic crisis when one to two-year working visas first became available in large numbers for Irish people coming to Canada,” he said.

“But what’s interesting is that it has sustained well beyond that. This is the fourth year of sustained growth in Ireland, but Irish people are still coming here.”

Early start for day 2 of our new Consulate General in Vancouver @IrlinVancouver - en route to an Irish community breakfast to be hosted by our new CG, Frank Flood and his wife Orla Ní Bhroithe 🇮🇪🇨🇦 #working4Irl pic.twitter.com/WjgA9nA4IB

This is Ireland’s first residential mission in Canada in almost 70 years, the main embassy being based in Ottawa since 1950.

“Ottawa is a five-and-a-half-hour flight from Vancouver so there’s only so much that an embassy in Ottawa can do to serve a growing community in Vancouver,” Kelly explained.

Tánaiste @simoncoveney has today welcomed Ireland’s Consulate in Vancouver opening. It reflects the strength of the 🇮🇪-🇨🇦relationship and will support our vibrant Irish community in the region. Congratulations to all involved. #Working4Irl pic.twitter.com/MRXXaSWGDx

“In enhancing Ireland’s presence in Canada, we are further supporting the vibrant Irish community in the region; and our strong and growing economic and trade relationship,” said Irish Minister for Foreign Affairs and Trade, Simon Coveney.