With 882 entries from towns and villages across the country, this year's competition received the third-highest number of entries in the 65-year history of Tidy Towns. 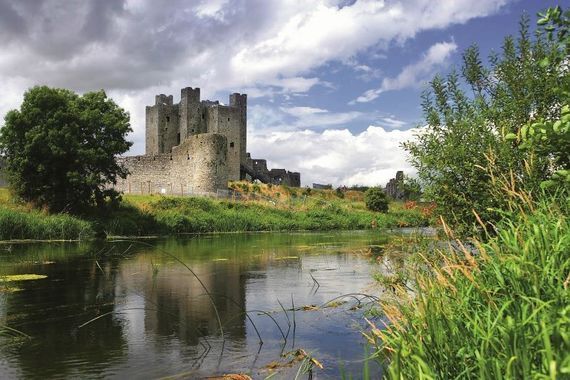 The Meath town of Trim has been named the winner of the 2022 SuperValu Tidy Towns competition.

With 882 entries from towns and villages across the country, this year's competition received the third-highest number of entries in the 65-year history of Tidy Towns.

Trim was announced as the Tidy Towns winner in a ceremony at the RDS in Dublin on Friday afternoon in what was the first full-scale Tidy Towns ceremony since the outbreak of the Covid-19 pandemic.

More than 750 volunteers attended the ceremony, while more than a thousand people watch online.

The Cork village of Roscarberry was named Ireland's Tidiest Village during the ceremony, while Cahir in Tipperary was named the winner of the Young Persons in Tidy Towns Award.

Heather Humphreys, the Minister for Rural and Community Development, announced the competition winners at Friday's ceremony and said it was a "moment of great pride" for Trim and County Meath.

"Having first entered the competition in 1959, Trim today continues to showcase all that is good about community and volunteerism," Humphreys said.

"I have no doubt that the TidyTowns Group in Trim will receive a warm and deserving homecoming as they celebrate this wonderful occasion.

"The level of competition was extremely high this year with the third highest number of entries ever recorded.

"I want to pay tribute to all the winners today but, above all, I want to say a huge thank you to the thousands of TidyTowns volunteers across the country."

For full details about this year's competition, click here.