Cassan Cowman, from Donoughmore in Cork, died after he bravely rescued his sons from the rapids at Wappa Falls, in Queensland. 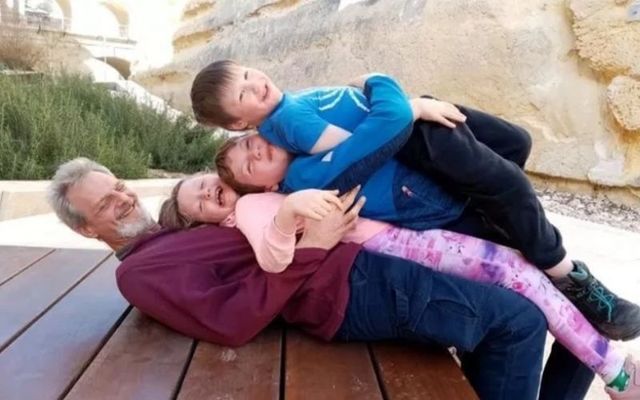 A heroic Irish dad who drowned while trying to rescue his sons at a popular Australian tourist destination has been remembered as a "fabulous father" and a "charismatic family man".

Cassan Cowman, a 49-year-old father-of-three originally from Donoughmore in County Cork, died on Sunday, January 2 when he bravely rescued his sons from the rapids at Wappa Falls in Queensland.

Cassan managed to push his sons out of the water but failed to resurface and his body was discovered later that evening.

Cassan was on a family trip with his Australian wife Trish and the couple's three children Ormond, 11, Ella, 9, and Torin, 7.

The family moved to Australia in mid-2020 and Cassan fell in love with the country's beaches and blue skies, according to his wife. He also went "exploring with his family at every opportunity".

Trish described her late husband as a "fabulous father" who was "passionate about politics and social justice".

"Our Irish and Australian families and friends are mourning the loss of Cassan, our father, husband, brother, friend," she said in a statement to the Irish Independent.

"Last Sunday at Wappa Falls, Cassan jumped into the falls to rescue his sons; he pushed them out of the water, but was unable to save himself."

Friends of Cassan have set up a GoFundMe to help assist his family financially and help pay for his children's education.

Tracey Anne Lutton, who launched the online fundraiser, said that Cassan's children were "the apple of his eye" and described him as a "devoted family man" who worked day and night to provide for his family.

"Cass was charismatic, Irish to a fault, enjoyed a whiskey but at the end of the day ultimately he simply loved his family," Lutton said on GoFundMe.