Conamara Láir, a Gaeltacht community on the west coast of Galway, has launched a campaign hoping to entice families and remote workers to relocate. 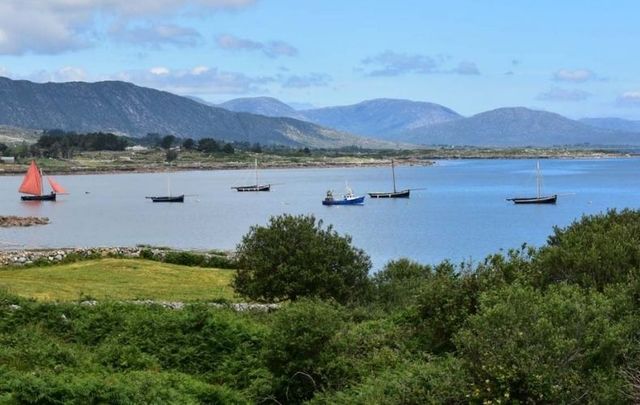 Conamara Láir is one of the most scenic areas of Ireland. Údaras na Gaeltachta

A rural community in the Connemara Gaeltacht has launched an ambitious campaign to promote itself as one of the best places to live and work in the world.

Conamara Láir, a community nestled along the west coast of Galway, has launched the "We're Waiting For You" campaign highlighting the quality of life and opportunities available to people, families, and businesses who choose to relocate to the area.

Launched by the Conamara Láir Community and Irish language body Údaras na Gaeltachta, the campaign features a series of videos promoting Conamara Láir as a place to work remotely from.

The Conamara Láir community hopes to inspire eight households to relocate to the area within the next two years as part of the campaign.

The campaign attempts to describe what life is like for people who have relocated to the area, including Finnish native Titta Jones, who moved her family and her business to Carna in Connemara last year.

"Sometimes I say to myself that it would be lovely to move back to Australia –– but when I think of my parents, the support we have here, the culture, the Irish language, the security, my jobs – I now understand that I’m living in the right place," Ní Fhlaithearta said in one of the promotional videos.

The area boasts excellent remote working opportunities thanks to its gteic facility, which is part of Údaras na Gaeltachta's national digital hub network. The Irish language body has established state-of-the-art remote working facilities in Gaeltacht communities throughout Ireland to encourage people to relocate or to discourage natives from moving to bigger towns and cities.

The campaign was launched on Lá Mhic Dara (Macdara's Day) on July 16. Lá Mhic Dara is an important day for the Conamara Láir community and a day when the area's diaspora return to their native shores from every corner of the globe. The festival was celebrated digitally this year due to the COVID-19 pandemic.

"This proud community has not lost its confidence or spirit and we want to showcase to the world the wonderful opportunities and future this area can provide to people who wish to move home or relocate to Conamara Láir," Seoige said. "We have a big future ahead and there are many opportunities for people to change and improve their lives."

"Conamara Láir is a historic and scenic area in which to live and start a business in and we are looking at innovative ways to attract people to live in the area.  The success of the gteic digital hubs over the past year has shown that you can connect with anywhere in the world from rural areas, areas with a better quality of life," Ó hÉanaigh said in a statement.