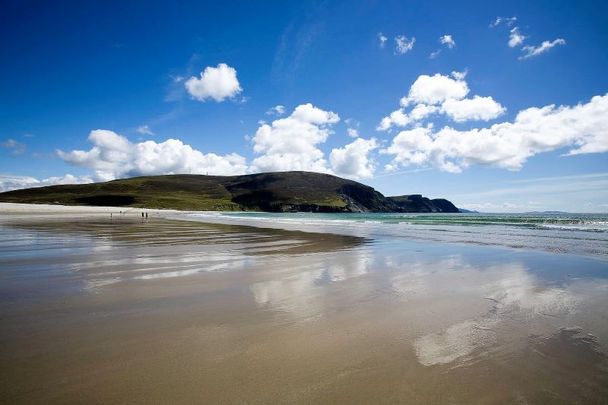 A new remote working hub capable of housing 40 workers has opened in the Gaeltacht region of Achill Island off County Mayo.

The facility is part of an Údarás na Gaeltachta initiative to create more than 30 remote working hubs catering for more than 700 people across the Gaeltacht regions of Ireland. The organization, which is responsible for creating a thriving Gaeltacht community, wants to encourage people to live in the Gaeltacht with the state-of-the-art facilities.

It will also provide gigabit-enabled broadband and shared creative spaces.

The 305 sq m hub is one of five gteic facilities to have opened in the Mayo Gaeltacht region since Údarás na Gaeltachta launched the initiative in 2018.

Minister of State for the Gaeltacht Jack Chambers launched the new remote working on Achill Island on Monday, stating that it was a "great facility for the area".

"I am delighted to be in Achill opening the Gteic hub today. The digital hub is a great facility for the area," Chambers said at the launch of Gteic@Achill on Monday.

"It will provide opportunities for local businesses and entrepreneurs and encourage people to think about returning to the area or setting up a business here. This type of development is very timely with the new possibilities that have arisen for remote work."

Údarás na Gaeltachta chairperson Anna Ní Ghallachair also attended the launch on Monday, while CEO Mícheál Ó hÉanaigh said that the new hub will "enable the return of diaspora" to the Gaeltacht region.

He also said that it would stimulate job creation, assist remote working, and facilitate the development of new businesses.

A total of 18 remote working facilities have been opened or on the cusp of opening across Ireland's seven Gaeltacht regions since Údarás na Gaeltachta launched the scheme in 2018 with funding from Rural Regeneration and Development Fund.