GAA: Tipp and Limerick start with a draw

Results from the Division 1 Group A GAA hurling matchups from May 8 and 9. 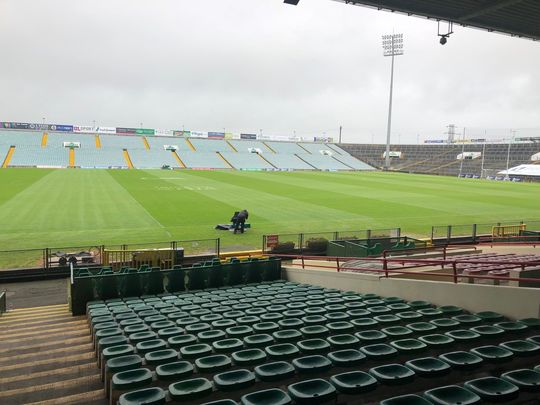 Tipperary afforded MacCarthy Cup holders Limerick the traditional roll of honor ahead of their Allianz NHL Division One Group A opener at the Gaelic Grounds, then showed the All-Ireland champions they mean business this year with a performance that probably deserved a win rather than the 0-20 to 0-20 draw.

Liam Sheedy’s team were five points clear in the final quarter but Limerick rallied to snatch a share of the spoils with a late David Reidy point, something which pleased their manager John Kiely as he starts into the shortened season with League and Championship action in quick succession.

“The attitude really was the big question today. I think they passed that test, particularly with the final quarter. It’s always difficult to know where you are before coming into these games,” said Kiely afterwards.

“Maybe coming out of that third quarter we weren’t in the best of shape, we just needed to steady things down and to be fair we didn’t panic. We stayed with what we were meant to do and we didn’t go off script.”

With several All-Ireland winners rested or injured, Limerick made the most of what was available to them on the day. Kiely added, “The boys worked really well. That’s Kyle’s first game now in full at six and he’s going to need a few of those to settle in there. I think particularly the way Tipp played the game, it might have been a real challenge for him to play at six.

“They played the ball down the wings a lot, they didn’t waste any ball. It was a challenge for him to be patient more than anything else.”

Momentum is key now for Kiely and his team. “Sure, five months off after Christmas and the New Year, lockdowns and every sort of thing, we’re all the bottom of the mountain,” he said.

Tipp youngster Bryan O’Mara faces time on the sidelines after he picked up an arm injury in the latter stages of Saturday’s draw and will miss Saturday’s clash with Cork.

Man of the Match Jason Forde, meanwhile, hit 14 points against Tipp and welcomed the return to play post lockdown.

“It was hard fought out there. Both sides were mad eager to get going. Summer hurling. We’re just delighted to be back,” Forde told RTE.

“We’d obviously have liked to win it but the performance was good, that’s what we were hoping for. We’ve been off for so long. We’d be happy with a lot of aspects and there’s a lot more we can improve on as well.

“I suppose we have a good blend of players and even today we had a couple of new lads starting mixed in with a few experienced lads as well.  If we can get a couple of more strong performances it will hopefully go well for us in the summer.”

Elsewhere in Group A, Cork were full value for their 5-22 to 1-27 win over Waterford at Pairc Ui Chaoimh, a result that already has Deise boss Liam Cahill worried about the season ahead.

“It very much had a challenge match feel towards the end,” Cahill told reporters. “That’s always disappointing because it is the National Hurling League and it should be all guns blazing. But I think it definitely fizzled out and our lapse in concentration again towards the end hurt us. Unfortunately, the team has a tendency to do that, something that we’re still working on very hard to counteract and try to eradicate.”

Westmeath were cannon fodder for Galway as the Connacht side won by 5-34 to 1-16 in Mullingar ahead of this weekend’s home clash with Limerick.

“Delighted obviously with the score, the majority of the performance,” Limerick-born Galway boss Shane O’Neill told TG4. “The first quarter we were a bit rusty and a bit anxious and we showed a lack of composure. The players were just anxious to get on the pitch and start playing games very quickly to release those cobwebs.

“The boys that came in continued to try and do the right thing and it really showed we are beginning to create that competitive squad which we have been trying to do since we came on board last year.”