Plus: Tyrone fury over red card, Waterford tops Tipp, Shefflin angered by ref, plus other results 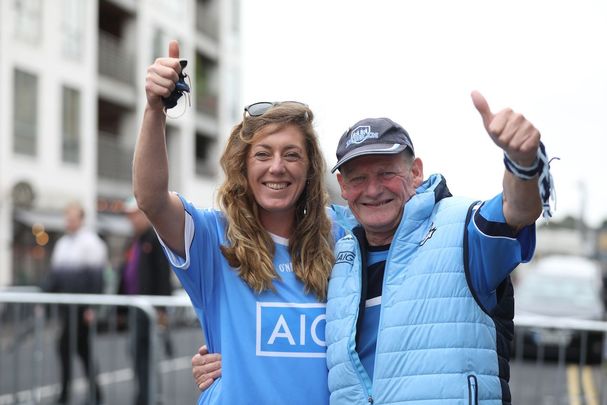 Limerick's National League woes were well and truly forgotten with an impressive Munster SHC opening round performance and a 2-25 to 1-17 win over Cork at Pairc Ui Chaoimh on Sunday for the reigning All-Ireland champions.

Opening half goals from Kyle Hayes and Aaron Gillane set the tone for a Limerick dominance that left the hosts flat-footed and lacking ideas for much of this opening game of the 2022 championship.

For Limerick boss, John Kiely the transformation from a topsy turvy League campaign, where they won just one game and drew another, was no more than he expected from a side intent on defending their MacCarthy Cup crown.

“We did struggle to keep that energy flowing for the full week every week and at times we didn’t get the energy exerted out of the group as a whole on a Sunday during the spring that we would like to have had.

“We had a block of work to do during the week to get prepared for the championship. It was just the price we had to pay, really. We were still disappointed with our performances but we wouldn’t at any stage have been in any doubt about what this group are still capable of producing when they get the energy like that on the pitch.

“But, listen, it’s still only Round One of a round robin. There’s a long way ahead yet so listen it’s on to next week and the Gaelic Grounds. I think we owe the Gaelic Grounds a better performance this time around than what we’ve given over the last number of weeks.”

Cork were so poor at times that RTE pundit Jackie Tyrell described their display as “shambolic” on Monday, and even their manager Kieran Kingston had to admit afterwards that his team have a lot of soul searching and work to do ahead of the game against Clare on Sunday, May 1.

“Coming into the game, I said during the week in a couple of interviews, today wouldn’t define our season – win, lose or draw. And it doesn’t,” said Kingston.  “But at the same time it makes it a lot harder. The round-robin campaign, we’ve four games – one at home, which was today. You want to try and win your home games so today was a big game for us.

“But while it doesn’t define it, it makes our season a lot harder. We’ve got to go away now for the next three and that’s going to be a huge challenge. But that’s what we do. There’s only one winner each day. We got to dust ourselves down.”

Tyrone confirmed their intention to appeal the red card handed out to star man Conor McKenna in Saturday’s 2-17 to 2-10 win over Fermanagh at Brewster Park in the preliminary round of the Ulster SFC.

Substitute McKenna had made a big impact on the game before he was dismissed by referee Joe McQuillan for entering a “melee” as Tyrone pressed home their advantage late on to set up a quarterfinal date with Derry.

His loss for that big game will be costly according to Tyrone legend and Sky pundit Peter Canavan.

“He’s a massive loss. He made a massive difference. He turned the game around,” said the two-time All-Ireland winner Canavan.

“And if he is suspended for the next game, which looks likely, he’s going to be a massive loss for Tyrone. Did he do more than the other Fermanagh players that were on top of Conn Kilpatrick? For me, I don’t think so. I find it hard to believe again. There was a melee up in Armagh, and that melee had four red cards to Tyrone, one to Armagh. Another minor scuffle here, and you have one red card for Tyrone.

“From a Tyrone point of view, they definitely will be frustrated because they’ve lost one of their best players for the Ulster quarterfinal.”

Tyrone joint-manager Feargal Logan confirmed the appeal when he spoke with the media after the game.

“It’s fair to say I have been deeply involved in GAA disciplinary processes for a long number of years now, and from virtually every angle of it,” said Logan.

“Let me say it’s causing a lot of difficulty, this position in terms of contributing to a melee. I know Armagh are in pursuit of it at the moment. Joe McQuillan had a very difficult job out there, and did very well, but ultimately there are some times on a football field when a player isn’t contributing to a melee, and he’s simply looking to the safety of his own team-mate, or to the safety of others.

“And on this occasion, we firmly believe that Conor was looking to the safety of one of his teammates, and that’s simply why he moved towards the matter.  I’m going to leave it for everybody else to watch the video and work it out for themselves, but at some stage there must be justification on a football field to begin to assist and see to the safety of others.

“Sometimes lines are crossed on football fields by players, and they regret them, and sometimes it’s not appropriate. But there are times when lines are crossed and people have to take action in the vicinity, and that’s where it’s at.”

Waterford remain one of the strong tips for this year’s MacCarthy Cup after their 2-24 to 2-20 win over neighbors Tipperary in round one of the Munster SHC at Walsh Park on Sunday, but manager Liam Cahill believes Waterford’s players need time to adjust to that favorites tag.

They did beat the Premier County in this first of the round-robin series of games but Cahill knows that early second-half goals from Mikey Kiely and Dessie Hutchinson didn’t just steady the ship for a side who had trailed by four at the break, they also settled Waterford’s nerves.

Speaking to RTE he said, “It’s very hard to protect fellas from that talk. Certain analysts were writing things, but we have nothing won. These are a good bunch of lads and have put themselves in their own little bubble to deal with that. There was a bit of apprehension throughout the first half, we addressed that at halftime, and thankfully we found some kind of flow in the second half.”

For Tipperary manager Colm Bonnar, it was the failure to build on that early momentum that hurt the most ahead of this weekend’s clash with Clare at Semple Stadium.

“Our first half display deserved a few more points on the board. We were unlucky with one or two goal chances, and it would have helped us with their second-half onslaught,” said Bonnar.

“Waterford were very clinical with the two goals. It’s something we need to learn from. We had maybe four or five goal chances and only took two.”

Galway's Leinster SHC season opened with a draw – 1-19 to 1-19 – away to Wexford on Saturday, and manager Henry Shefflin was not pleased with a decision by referee Thomas Walsh to penalize Conor Cooney for taking too long over a late free.

Cooney could have put the visitors three points ahead when Walsh opted to throw the ball up and stop the Galway free from being taken, a decision that was all the more relevant when substitute Lee Chin scored two late points to level the game.

“You talk about home advantage in the competition, the moment Conor got the free, I could sense the crowd were on his back,” Shefflin told RTE Sport afterwards. “He (Walsh) made his decision which I felt was harsh. Overall, in the second half, I don’t know what the free count was, but it definitely seemed to go against us.”

Galway had led by 1-11 to 0-8 at the break and Shefflin admitted, “It’s a cliché unfortunately, it was a game of two halves. We played well in the first half, but went completely out of it in the second. We weren’t playing that well in the second half, but we were still holding them off, six ahead with 10 minutes to go. The match was in our grasp.”

A late Chris Crummey block that sent an Enda Rowland free over the bar when it was headed for goal proved vital as Dublin opened their Leinster SHC round-robin campaign with a 1-20 to 2-15 win over Laois at Parnell Park on Saturday.

After hitting 18 wides in the course of their evening’s work, the Dubs were grateful for Crummey’s intervention and none more so than manager Mattie Kenny after a game that saw their talismanic Donal Burke scored 13 points in total, five from play.

“I knew there was only two points in it then,” Kenny told reporters afterwards. “I knew the significance of the free. Look, it was a typical championship match, full of cut-and-thrust and we came out on the right side of it. We battled hard for the win.”

Kilkenny were creative in their 5-23 to 1-19 Leinster SHC opener win against Westmeath in Cusack Park on Saturday, TJ Reid marking his first appearance of the year with a goal and four points.

Reid’s return was the big result of the day for Cats boss Brian Cody who remarked, “The intention was, if at all possible, to get a second half into him and that’s the way it worked out. And, you know, of course it’s important to him, he’s back on the field.

“We didn’t come up here expecting to win the game by a massive score to help our scoring difference – we came up to try and win the game.”

Ryan O’Rourke dragged Leitrim past London in their Connacht SFC quarter-final on Sunday with a personal tally of 2-2 in their 3-12 to 1-11 victory which included the injury-time goal that secured the win for the visitors against a gallant home side.

Celebrate the Irish language with Celtic Junction in Minnesota this weekend